Building as writing or writing as building

In the text “Pedrís de Gaudí” (november 1944), Joan Brossa tells a meeting with Hans Christian Andersen. According to Brossa, while Andersen was lecturing him about the correct body position for writing, he was desiring to interrupt him with a realistic description of a medieval castle.

In the book Castle, David Macaulay illustrates the process of building a medieval castle. In between the pages, filled with figures of workers, rocks and building tools, there is a mysterious drawing of a writer. He is sitting in the same position described by Andersen in Brossa’s text. The rest of the book is dedicated to medieval castles.

Once, somebody told me that academic texts are castles. Since then, I can’t stop asking myself: what is the relation between writing and building? If building a castle is a collective task, could we try to write as if we built in order to get a collective text?

In this happening, up to fifty people organized in small groups build medieval castles using wood pieces of a children’s game. Each piece has a letter. At some moments it’s difficult to tell whether they are writing or building. They are also kind of confused. 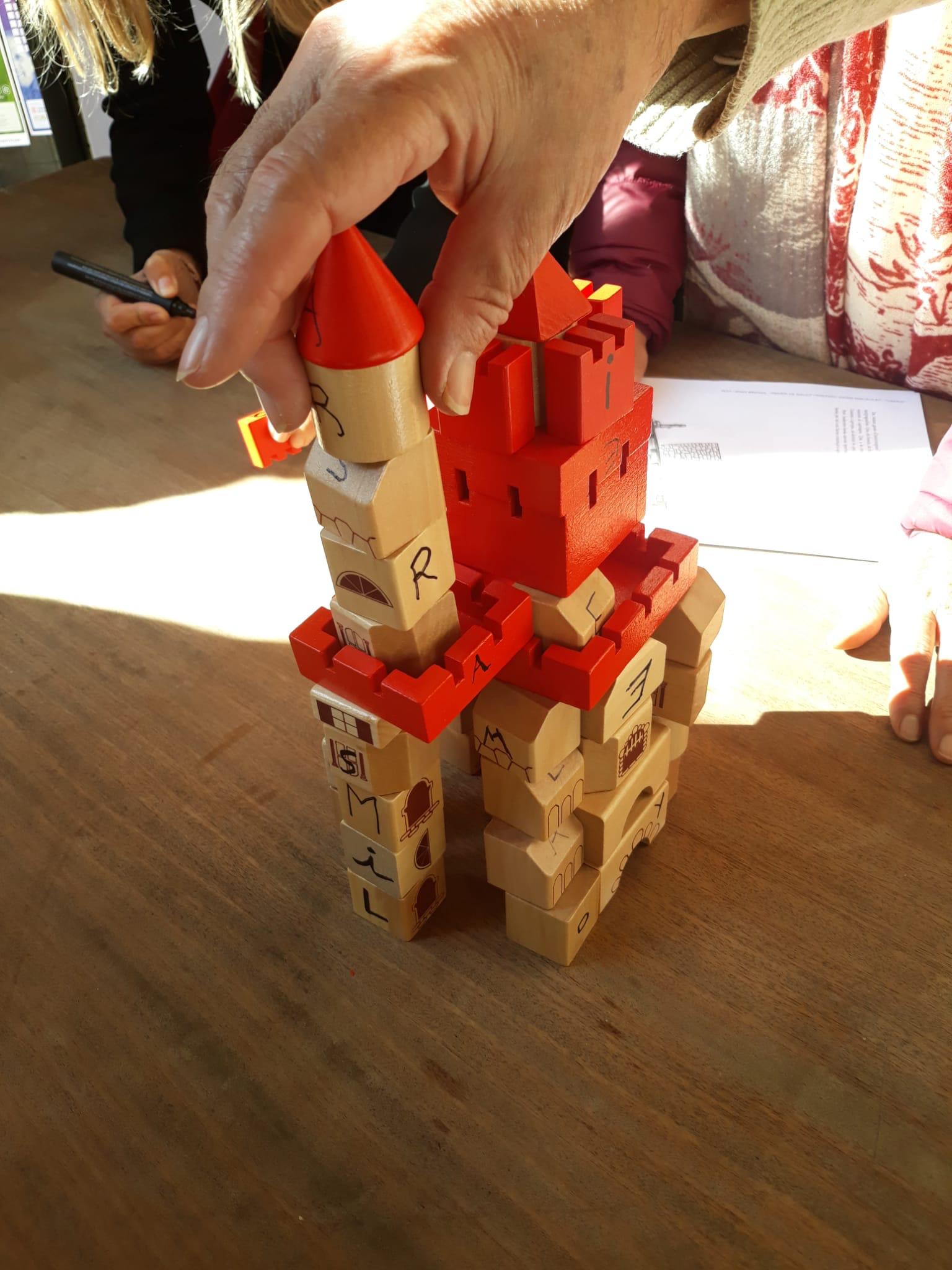 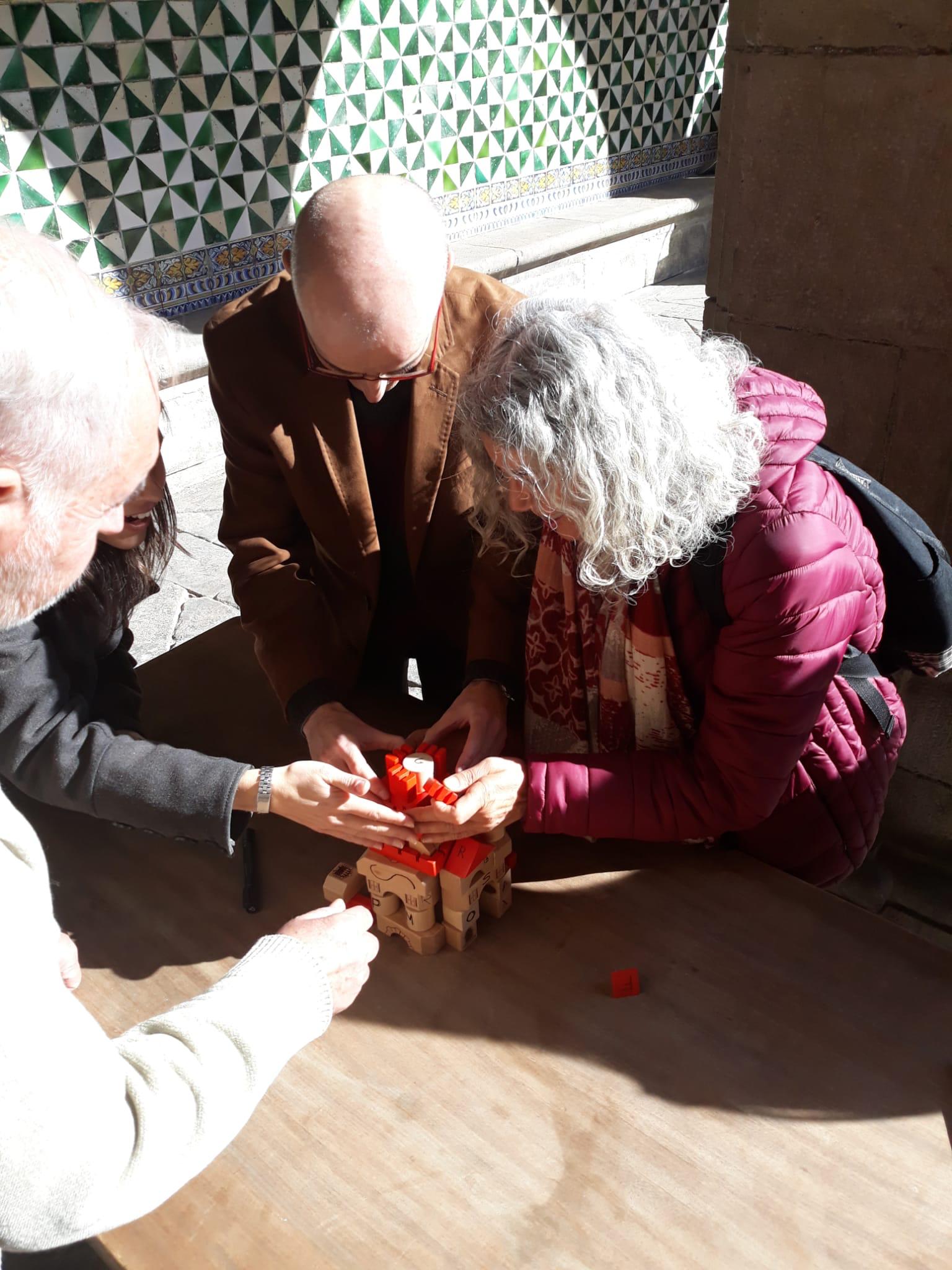 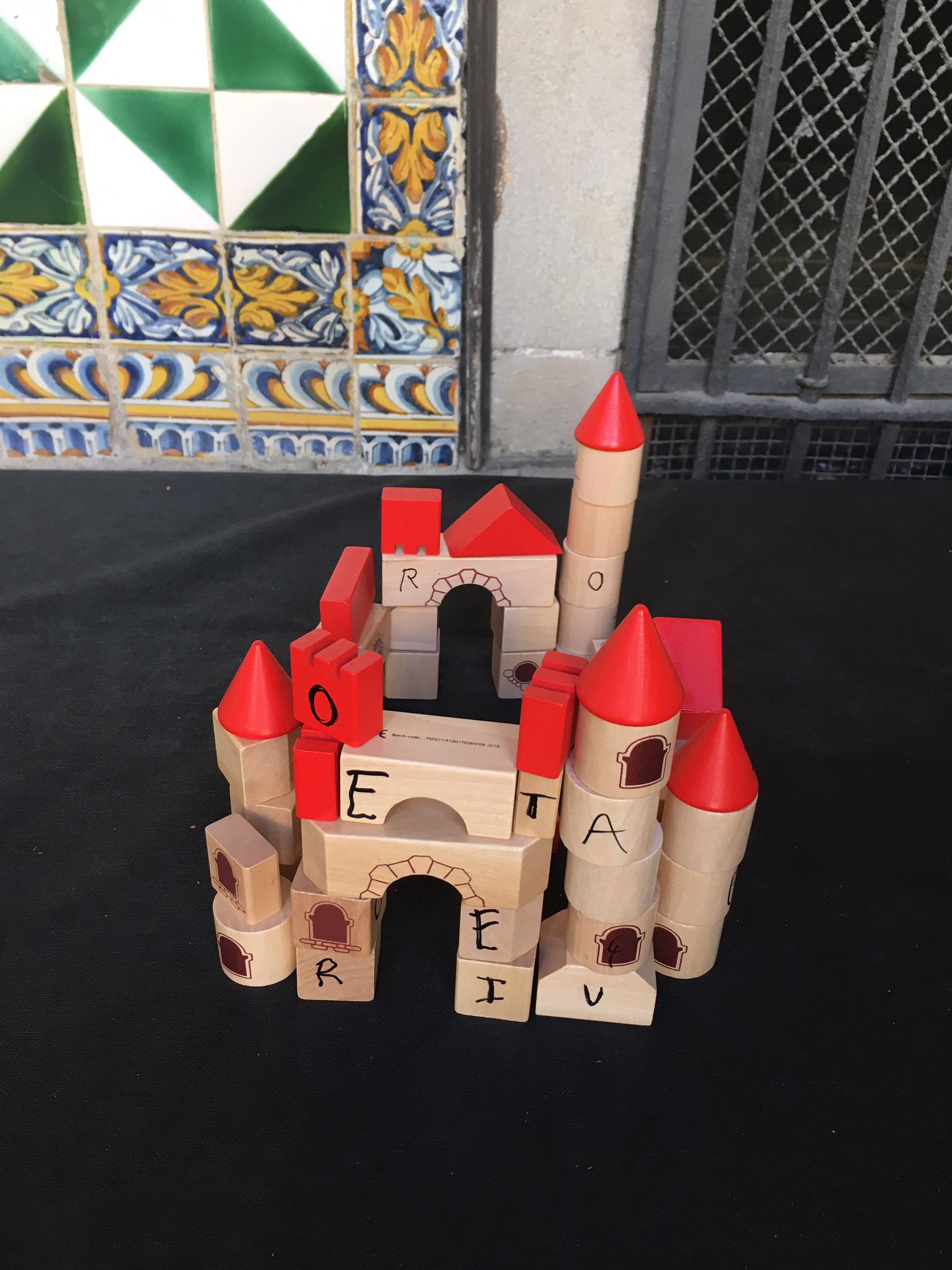 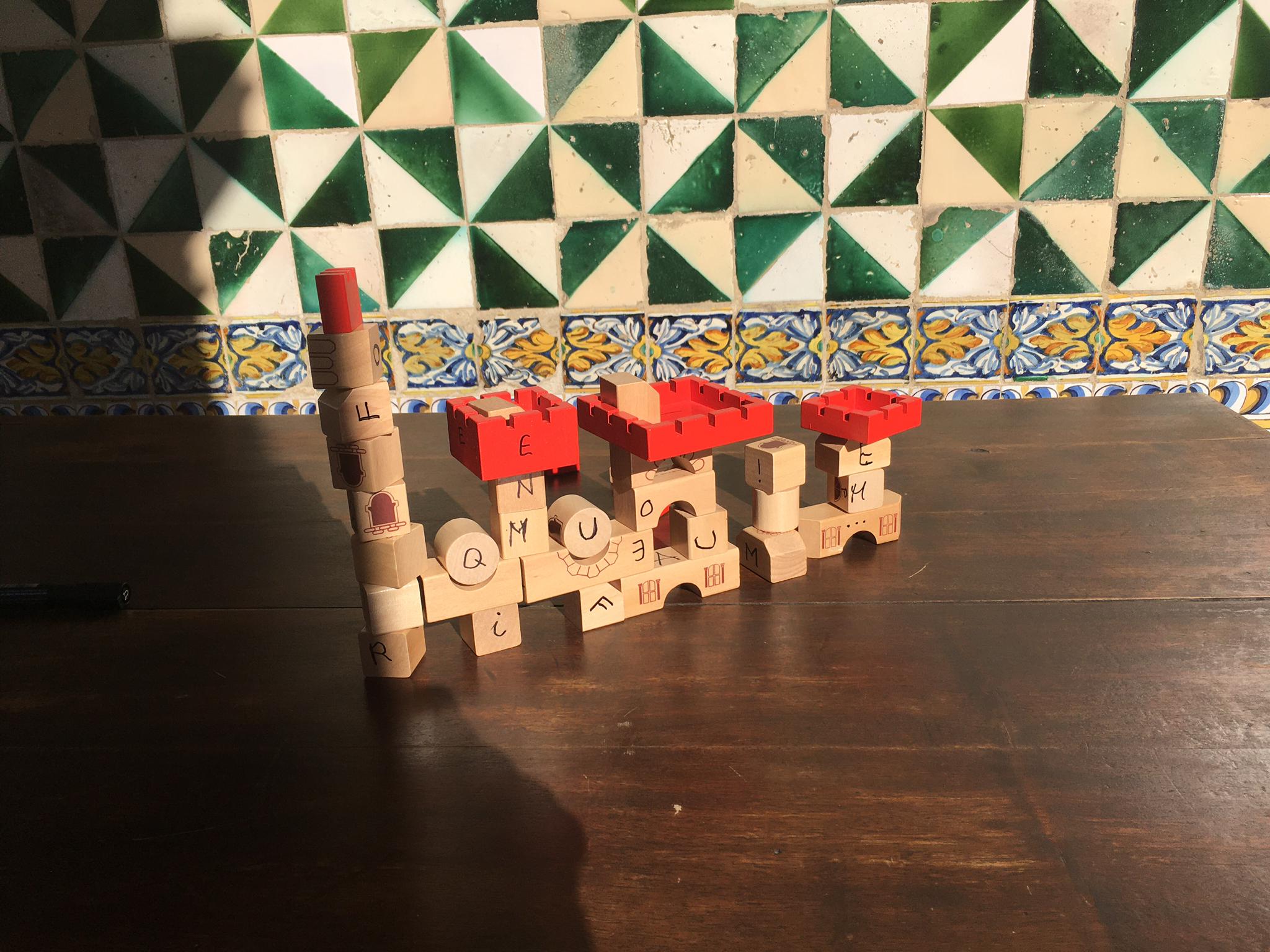 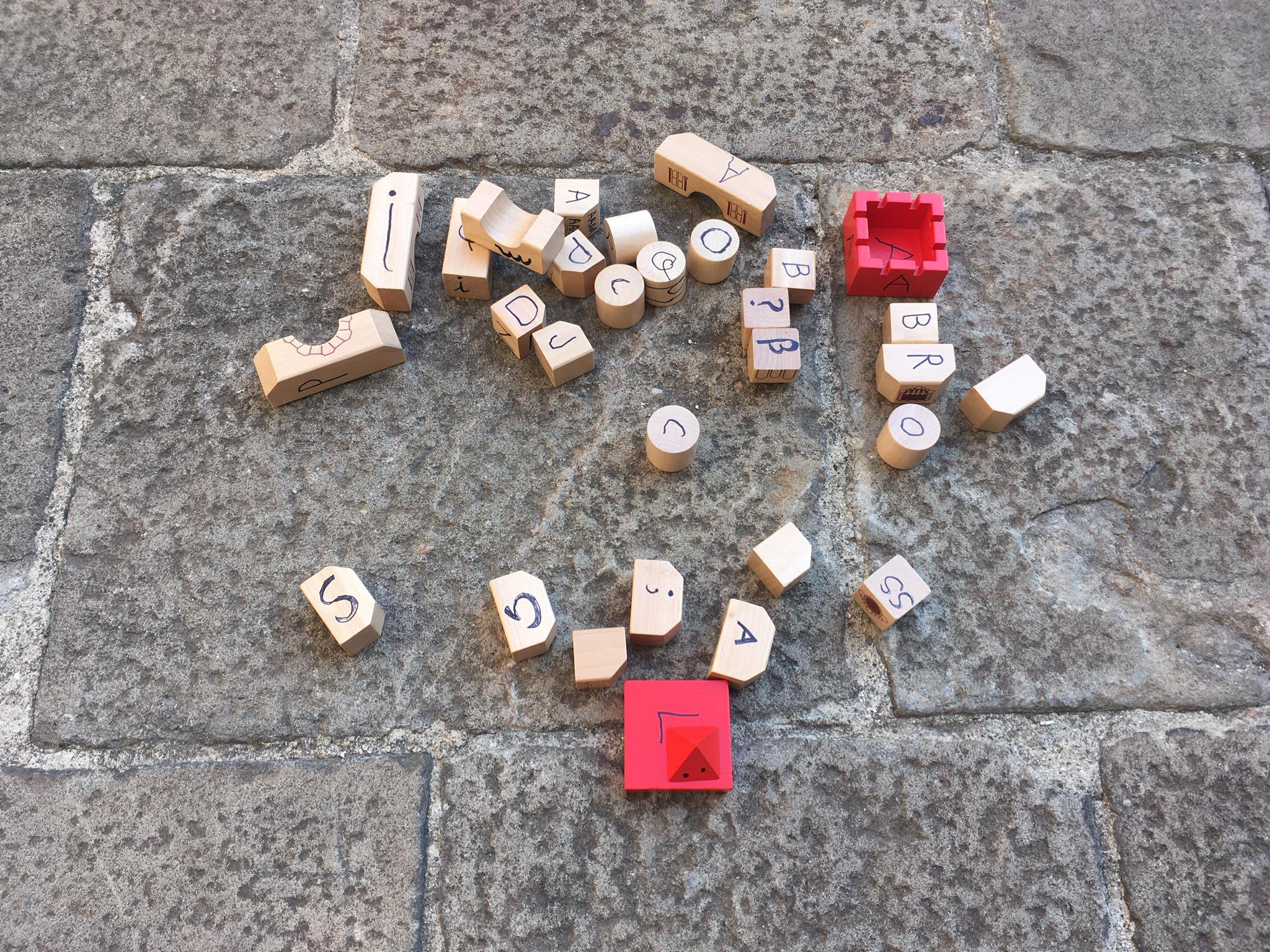