To those who speak of the lightning, it will fall near them

Presented within the context of the Nights of the Museums, on the 15th May 2021, at Fundació Antoni Tàpies, Barcelona. Curated by Erich Weiss.

Antoni Tàpies created the sculpture Cloud and chair (1988) which sits on top of the Antoni Tàpies Foundation’s building. The artist was inspired by a dream her wife, Teresa Barba, had. In that dream, Teresa was on a chair over a cloud. From that place, she could see straws and rubble on the ground and it makes me think that maybe it is so because, inside her dream, she sat on the mythical Catalan Dalmau’s cart, from which bread and stones fall and turn into lightnings.

What if that was a visionary dream? Where would the lightning fall? This project is based on these questions and, moreover, on a biggest issue: What’s the relation between love and lightnings? With this open questions in mind, the guided visit shares a theory about a possible route that the lightning would do from the Tàpies’s cloud to the underground of the foundation, where the mythical stone the lightning carries would get buried. This theory is fundamented on references to the popular culture of the Pyrinees about lightnings, on the hermetic kabalah, and on the book The Castle of crossed destinies, by Italo Calvino.

You can read the text of the guided visit (in Catalan) here. 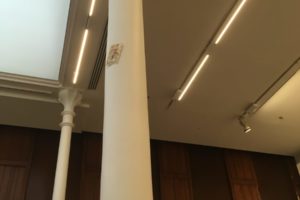 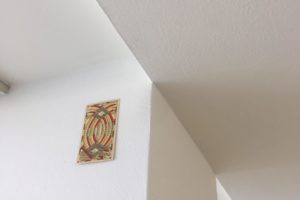 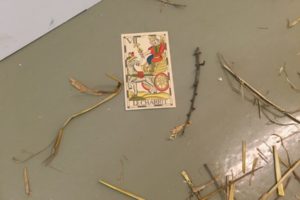 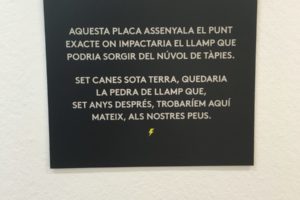 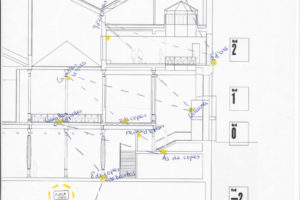 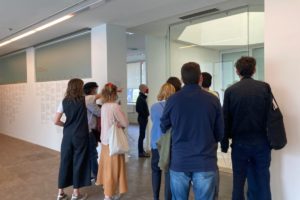 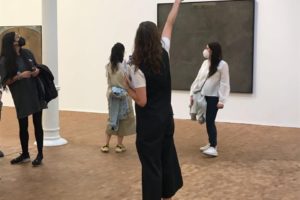