2017
With the collaboration of the translator: Miquel Cabal i Guarro
Installing a banner in an outer space.
Digital printing on canvas (500 x 75cm).

The members of the group Collective Actions met on the Firsanovka station, in the Moscow region, on the 28th January of 1977, to perform Slogan, which consisted of hanging a red banner between two trees. Their goal was to leave it there, just for wanderers to pass it by or see it from afar, without being able to determinate what it was exactly, where did that object come from, what was written on it and why. The banner could create a brief moment of confusion.

Following the confusion from the English version, we have made a banner for the Vic’s wanderers, on which we have written, if we haven’t made any mistake, that “I DO NOT COMPLAIN ABOUT ANYTHING AND I ALMOST LIKE THIS TEXT, ALTHOUGH I HAVE NEVER READ THESE WORDS BEFORE AND KNOW NOTHING ABOUT THEIR MEANING”. 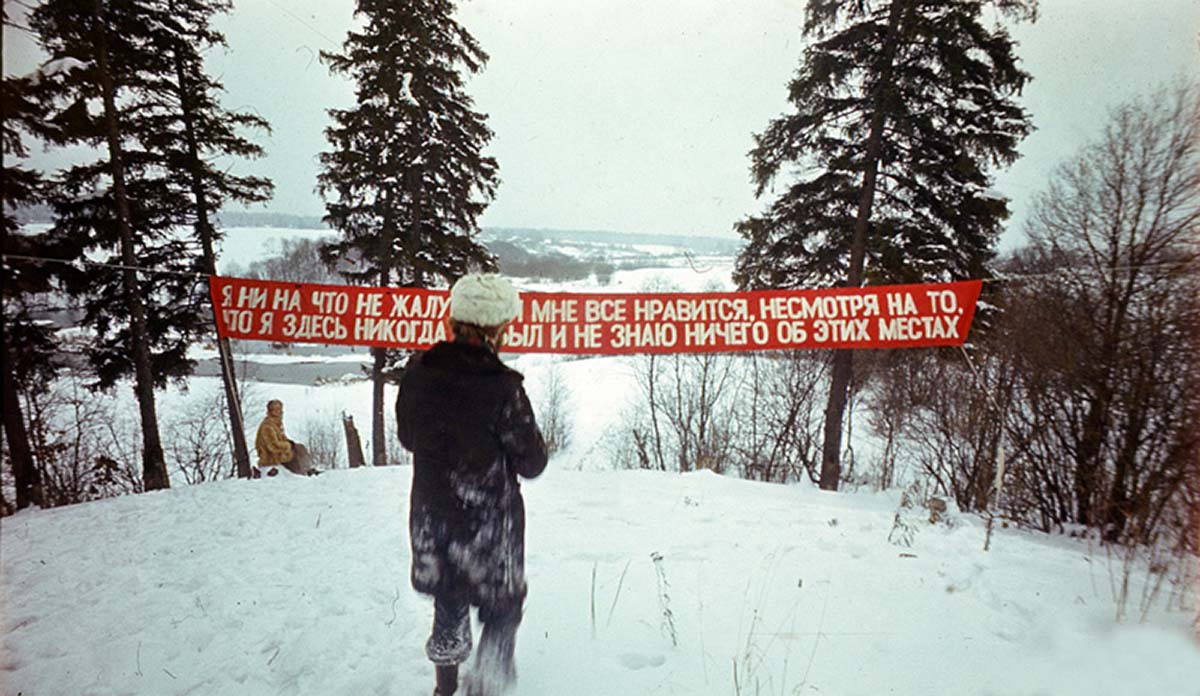 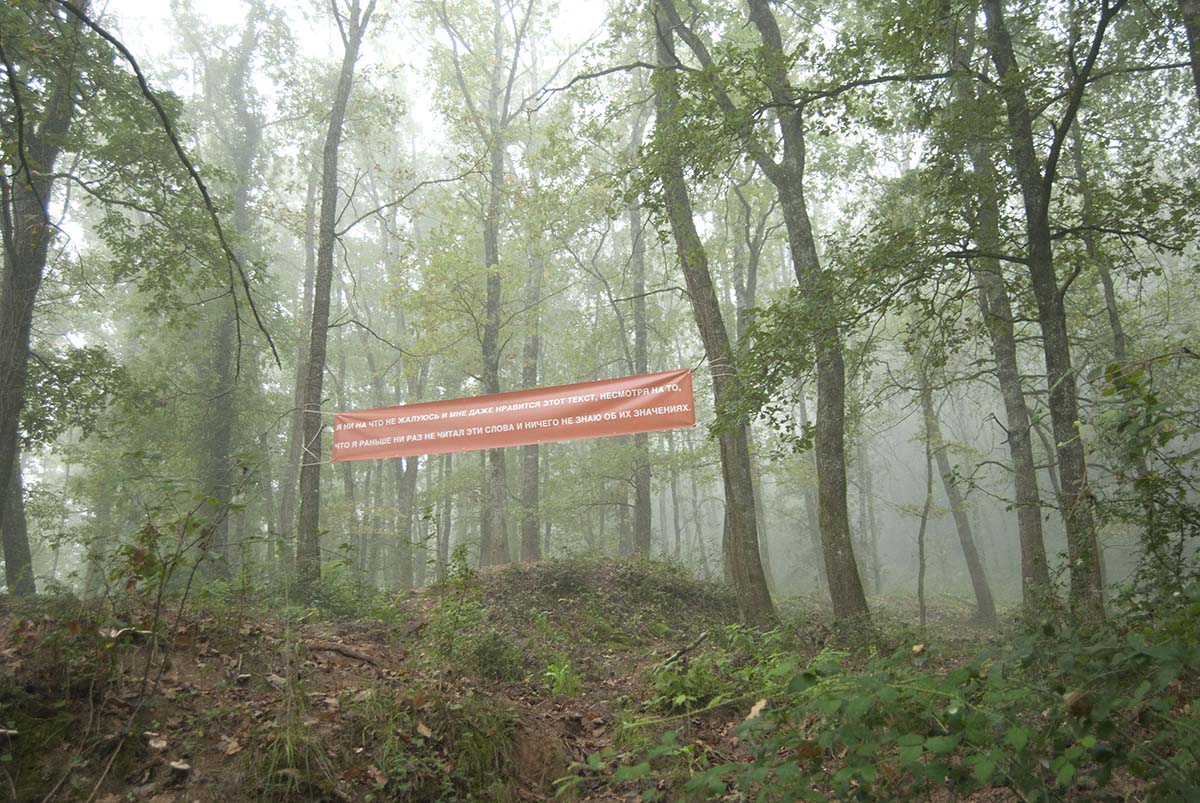 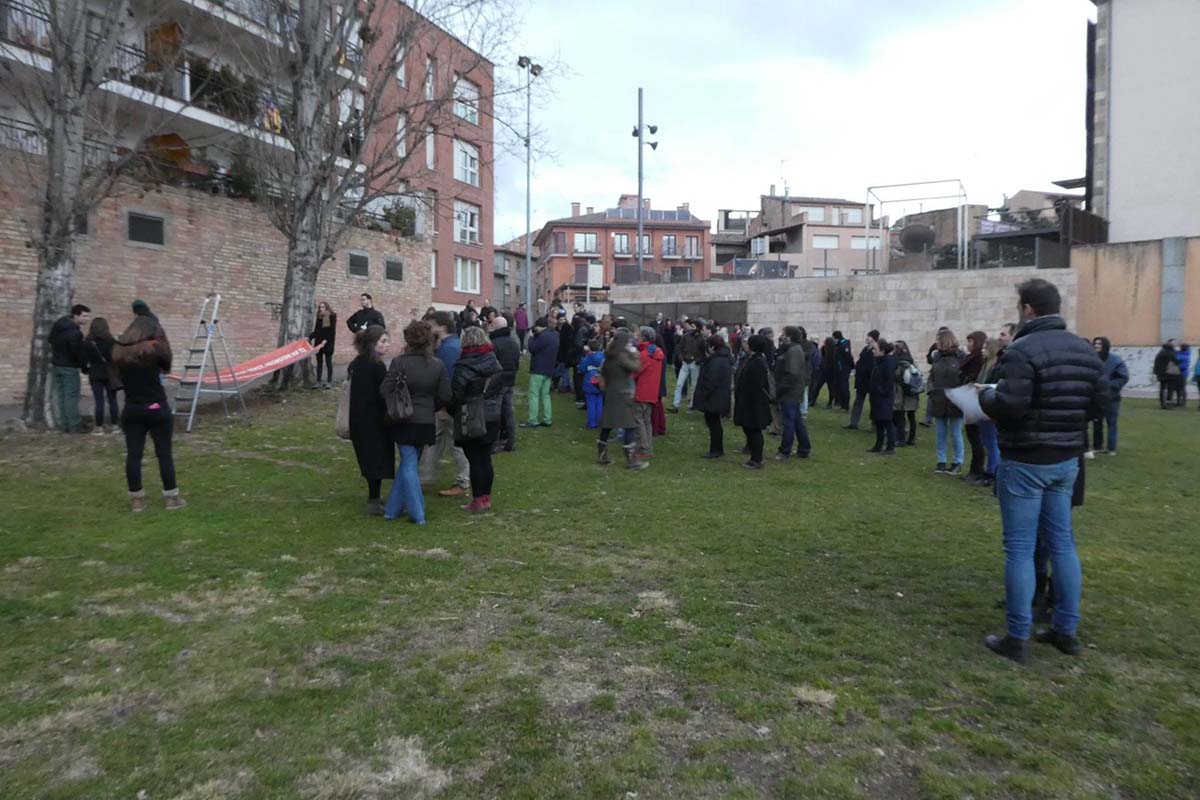 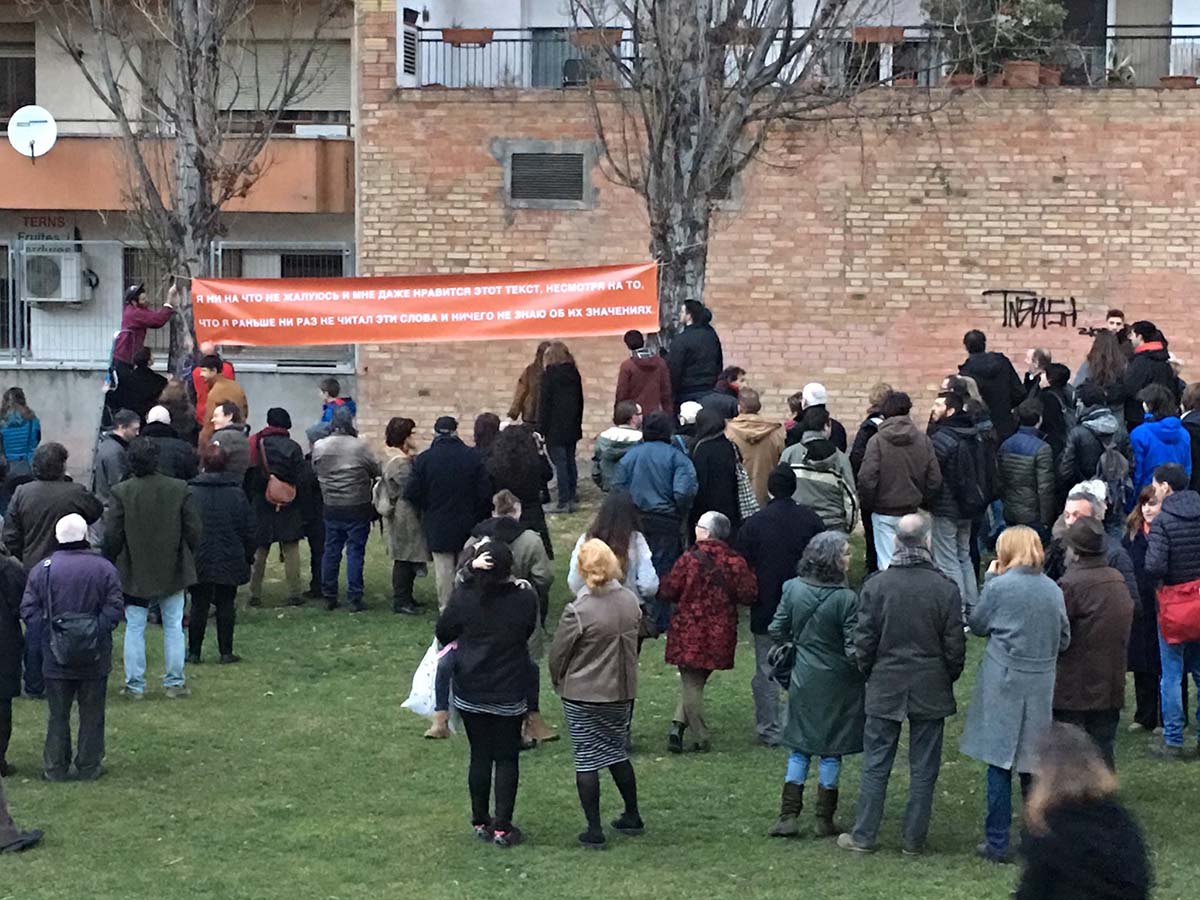 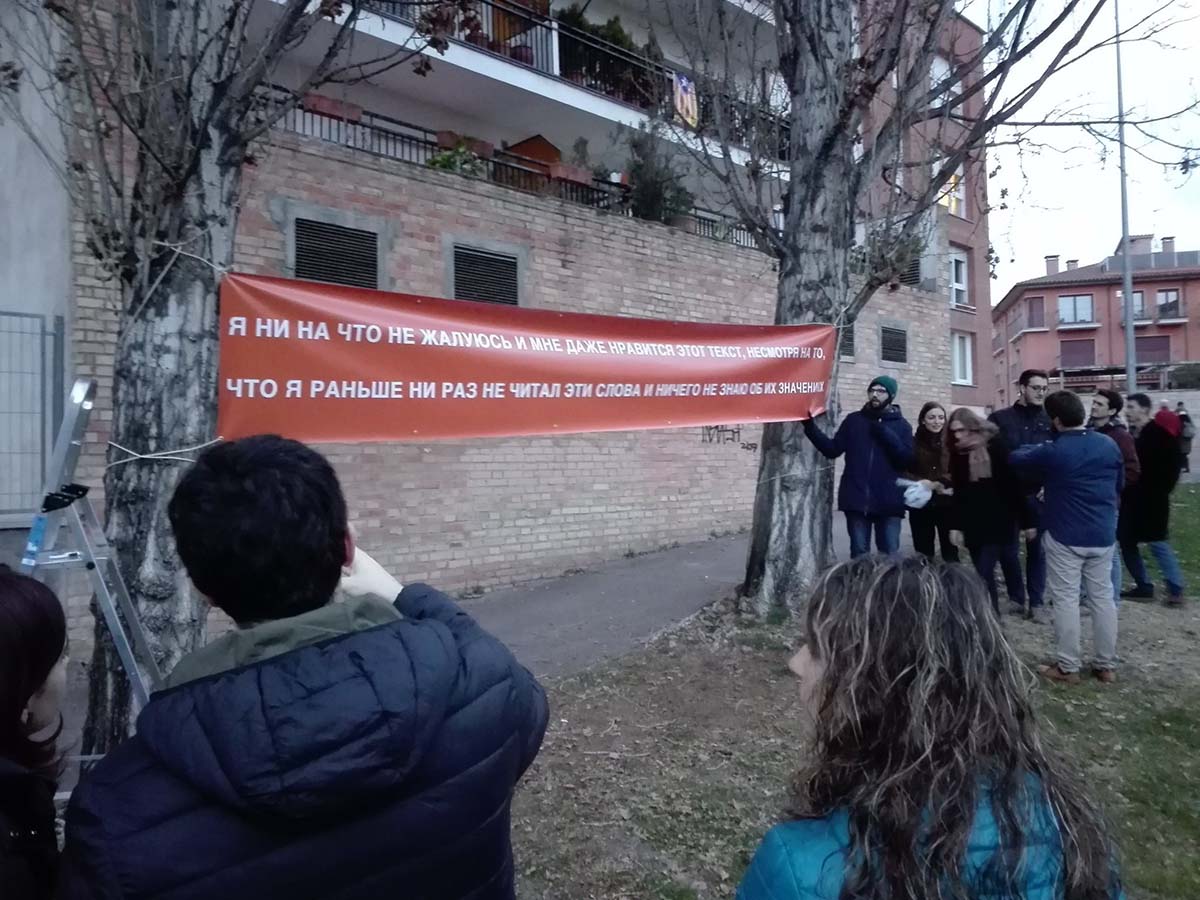 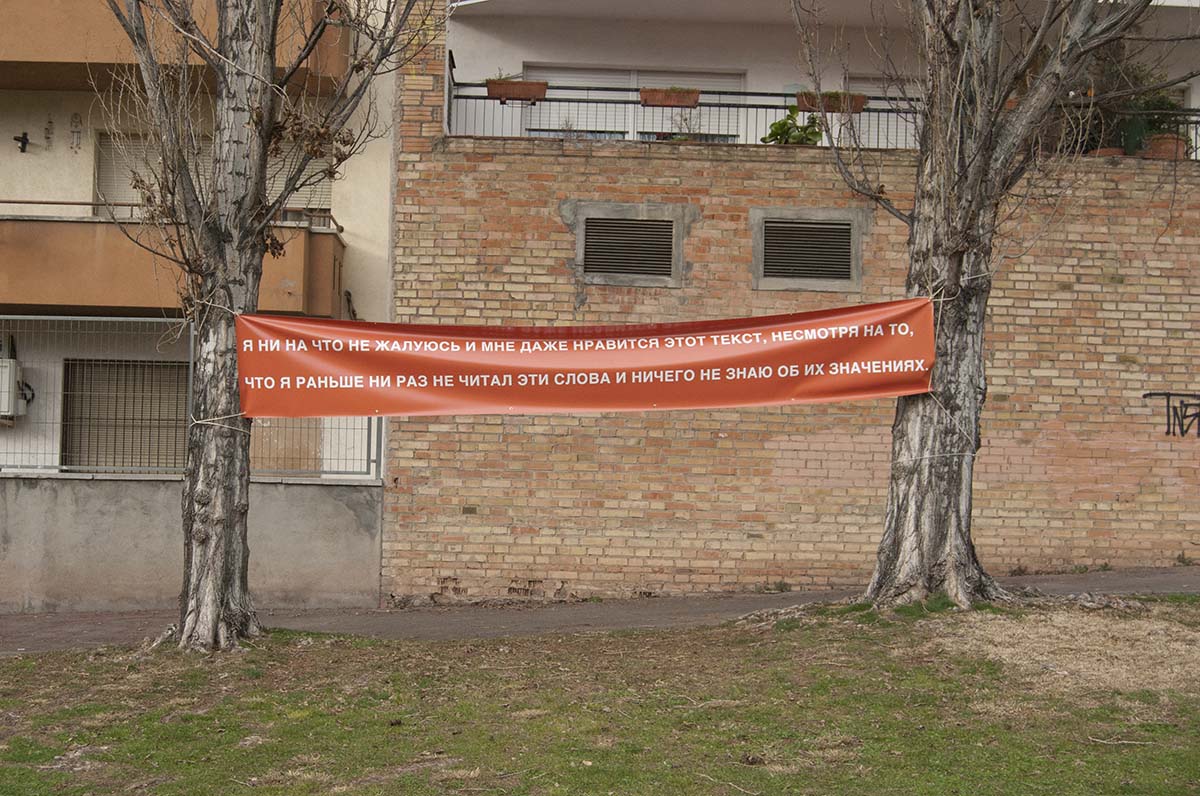