With the collaboration of Mario, Paula, Ute, Stefi, Denis and Jennifer.

Eine fluktuierende Gleichzeitigkeit is a project about the personal memories that different people have in relation to the place where the Kunsthaus Bregenz is. It is an attempt to comprehend this public space not only in terms of its architecture and official history, but also focusing on the experiences that its neighbors, regular users and punctual visitors have had on it along time and in parallel to its transformation. The process has consisted on collecting a wide variety of memories from different times and presenting them as an alive and fluctuating simultaneity that inhabits this place by organizing two happenings:

· The first one took place on the 22/07/2021, at 8pm. In this, some people used the voice to bring to the present memories by other people. When somebody walked near them, they spoke the memory out loud. This happening was possible thanks to the collaboration of Mario, Ute, Paula, Jennifer, Stefi and Denis.

· The second took place on the 29/07/2021, from 5 to 6pm, in the KUB Café terrace. It consisted on playing Jassen and drinking something, as Emile Bertele did between the 30s and 60s. Bertele was a hairdresser that owned a hairdresser salon with her wife. The building was in the exact place where now we can find the Café KUB.

In the exhibition space of Galerie Lisi Hämmerle I showed a selection of the documentation I’ve collected during the project, as well as the layers of historical maps that I’ve used to geolocate memories. These were later used as a script for the first happening. 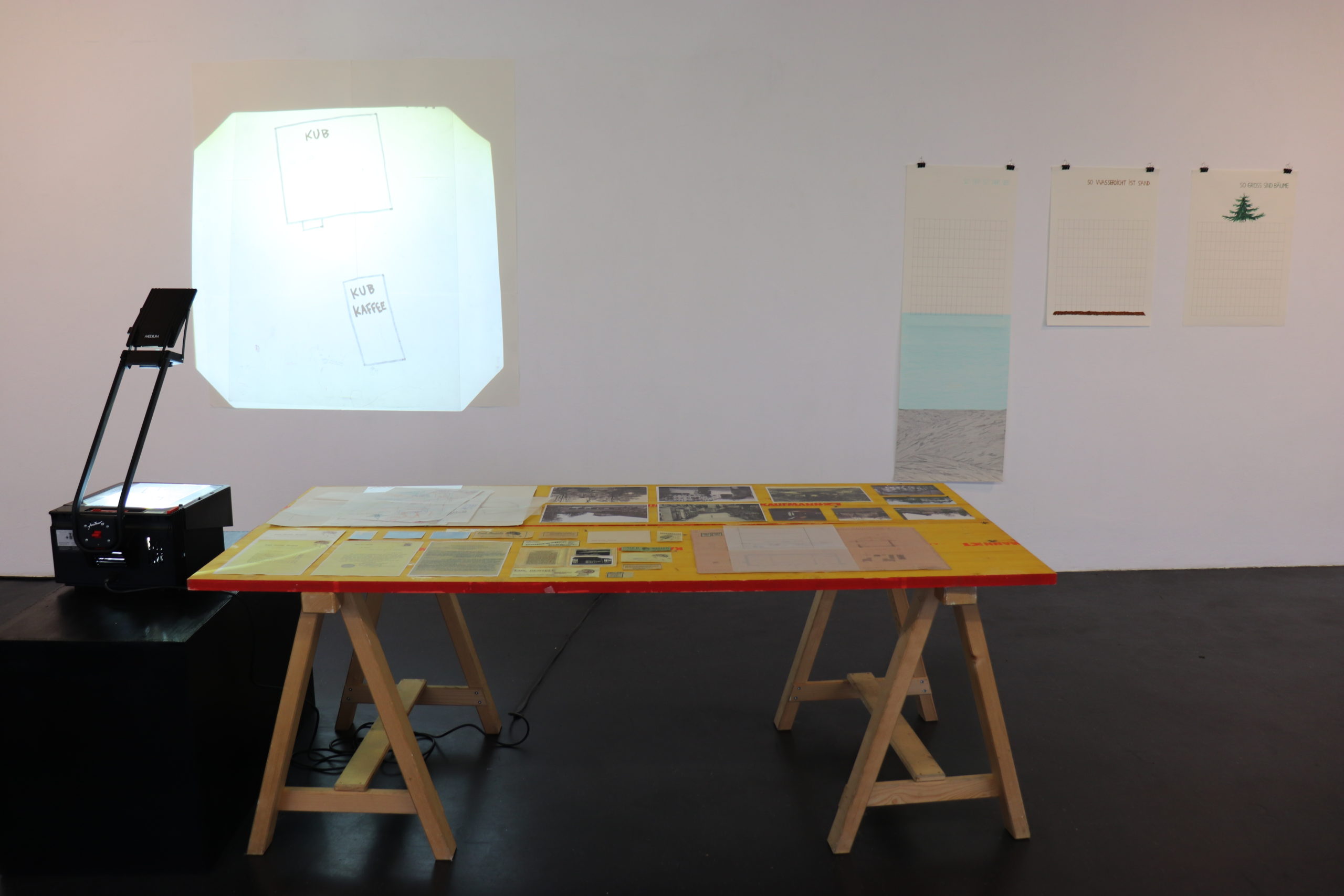 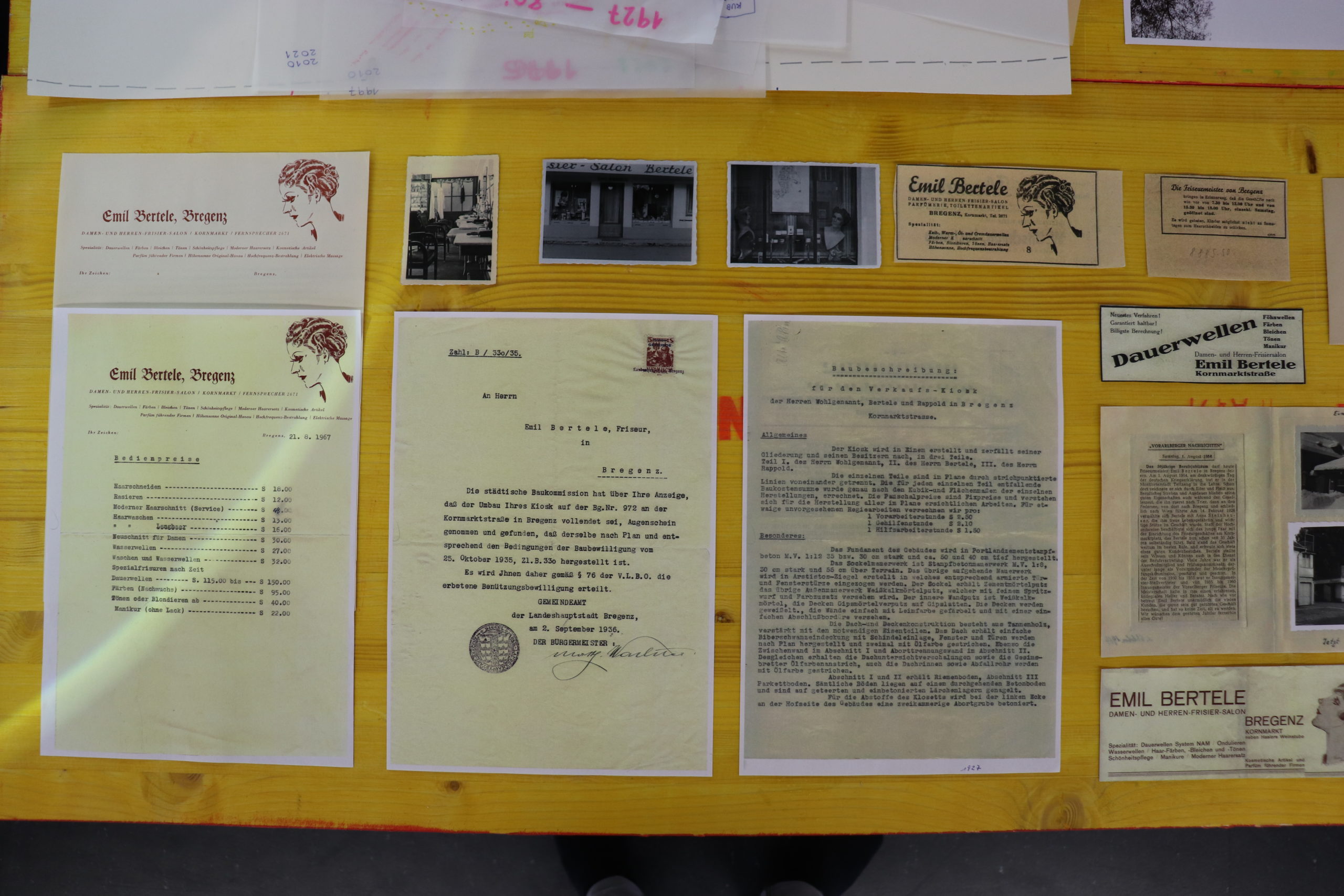 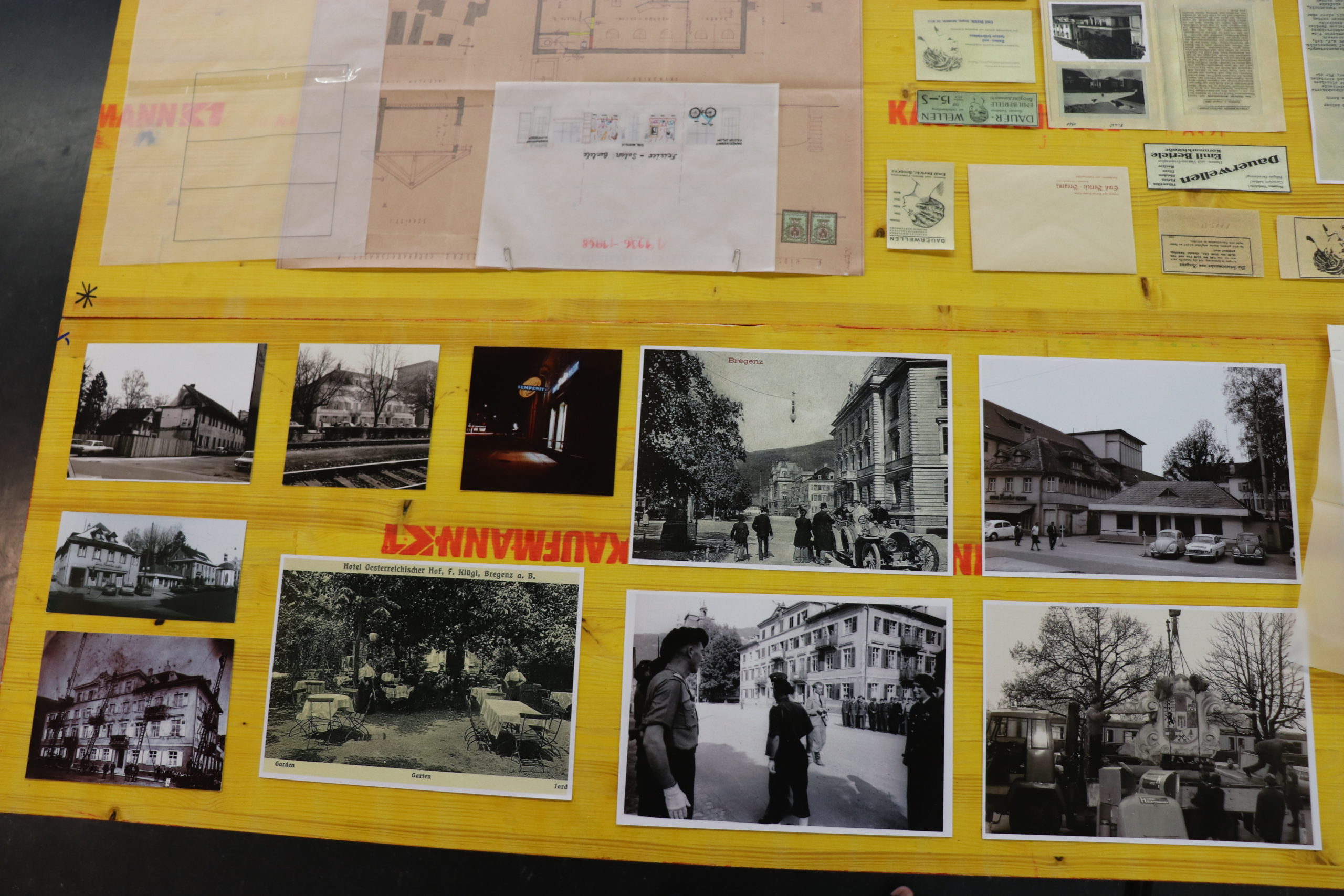 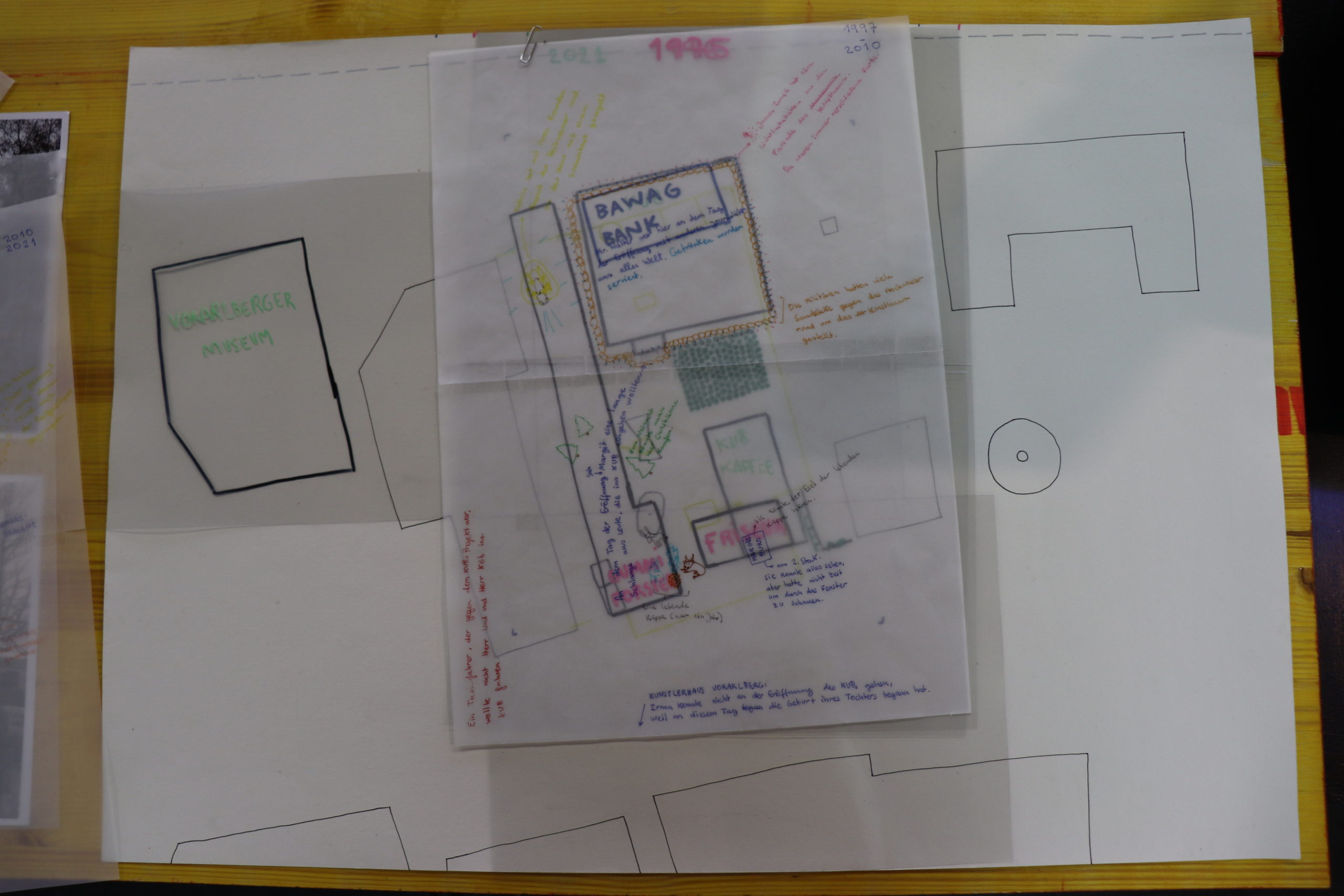 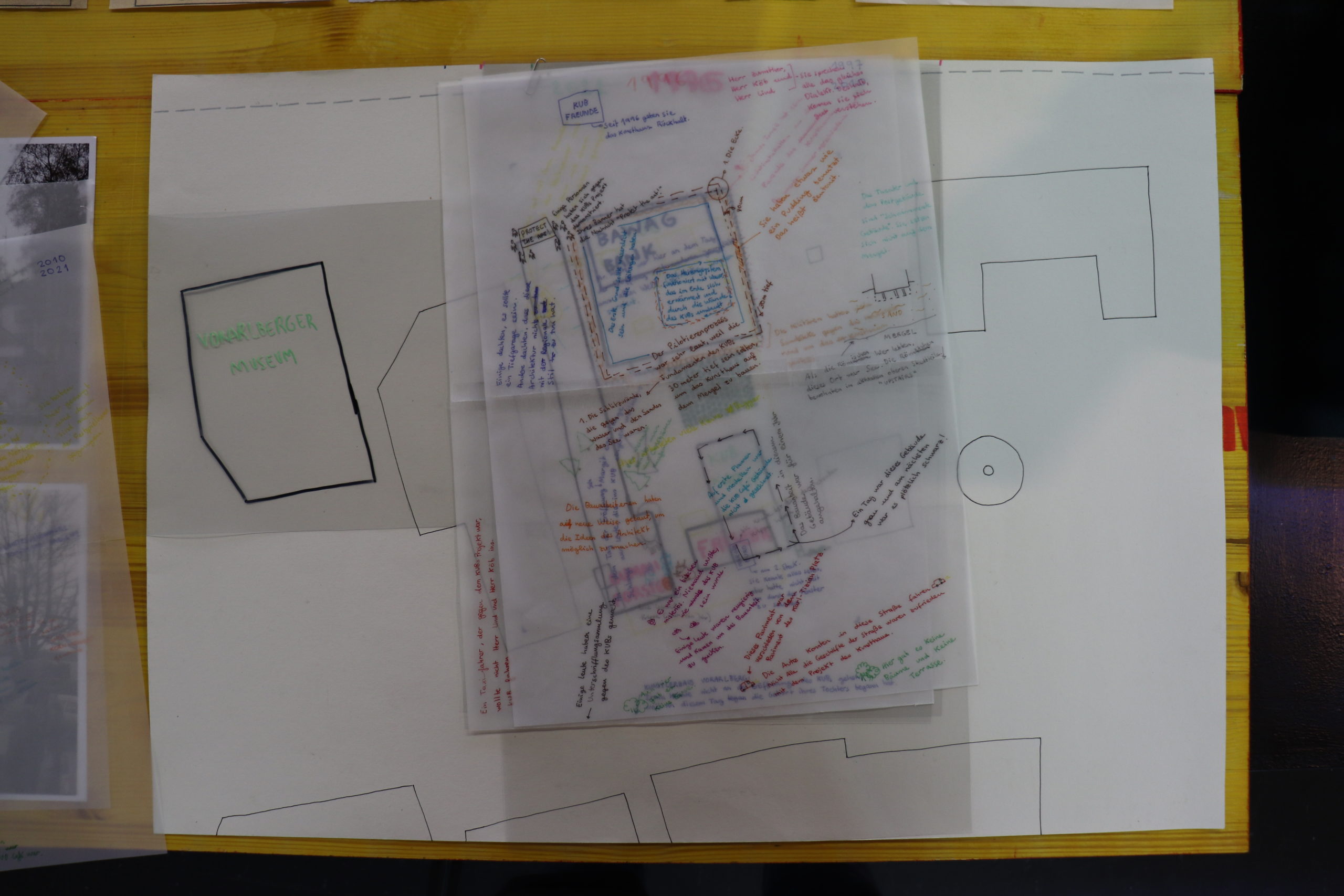 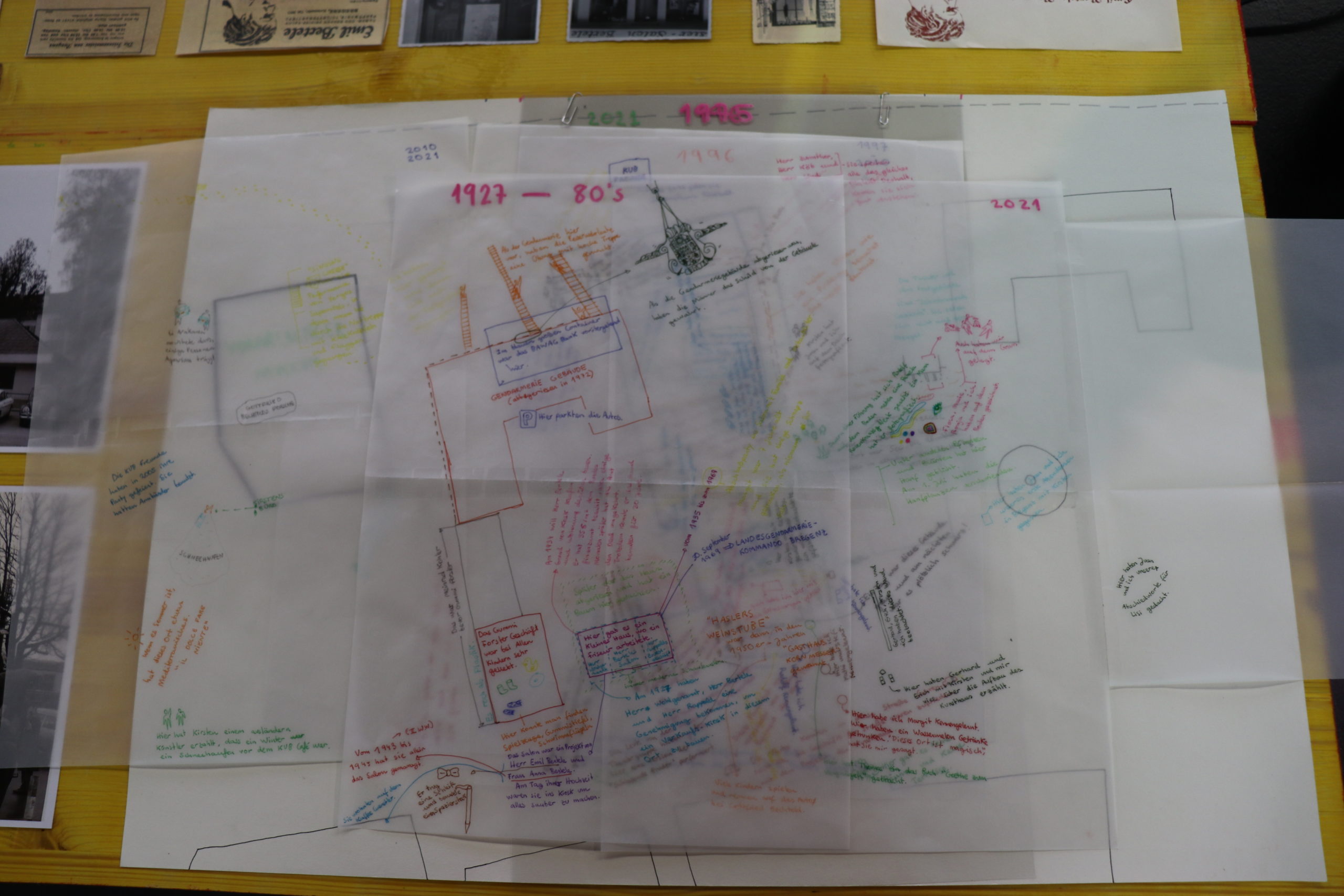 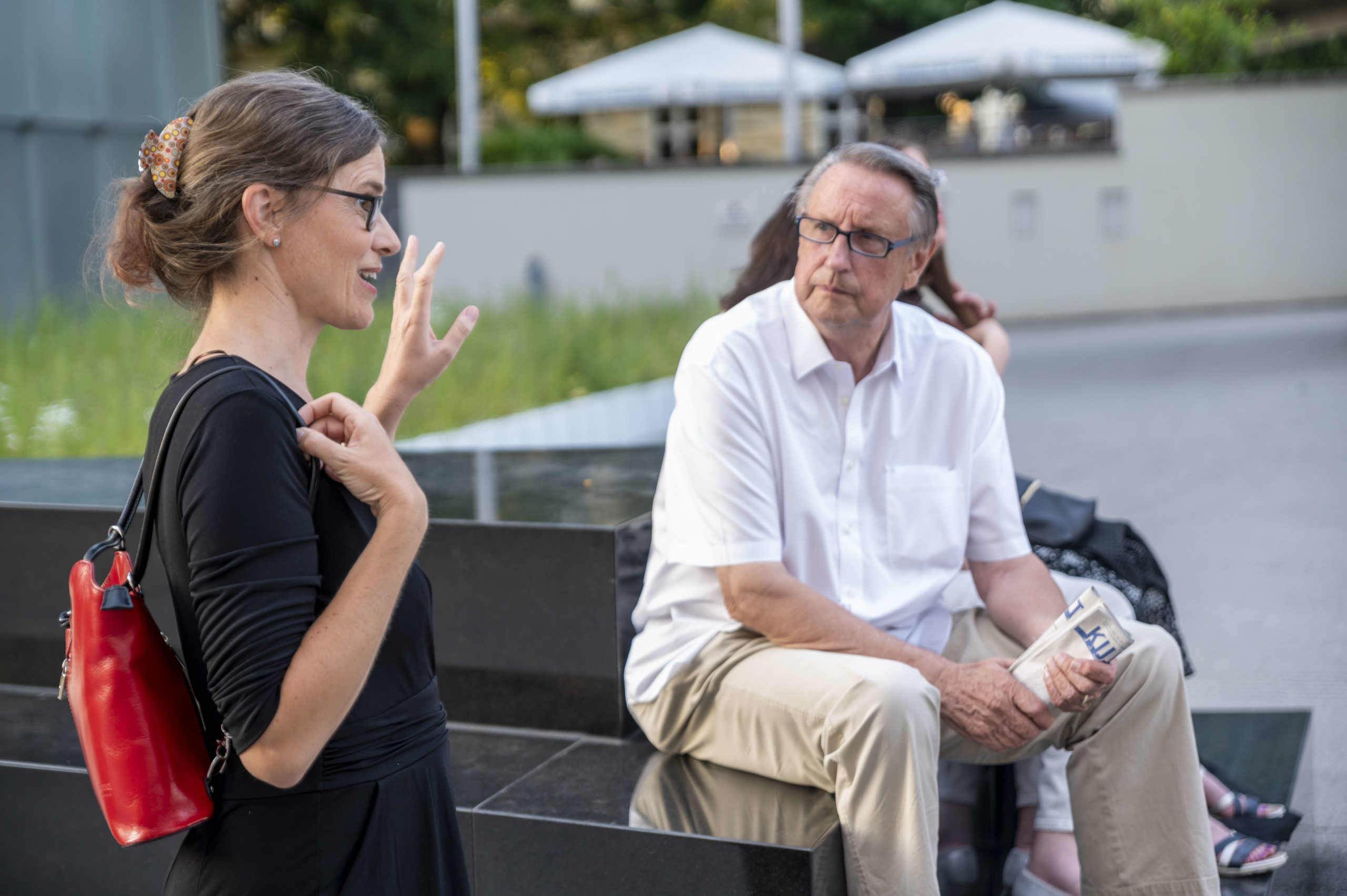 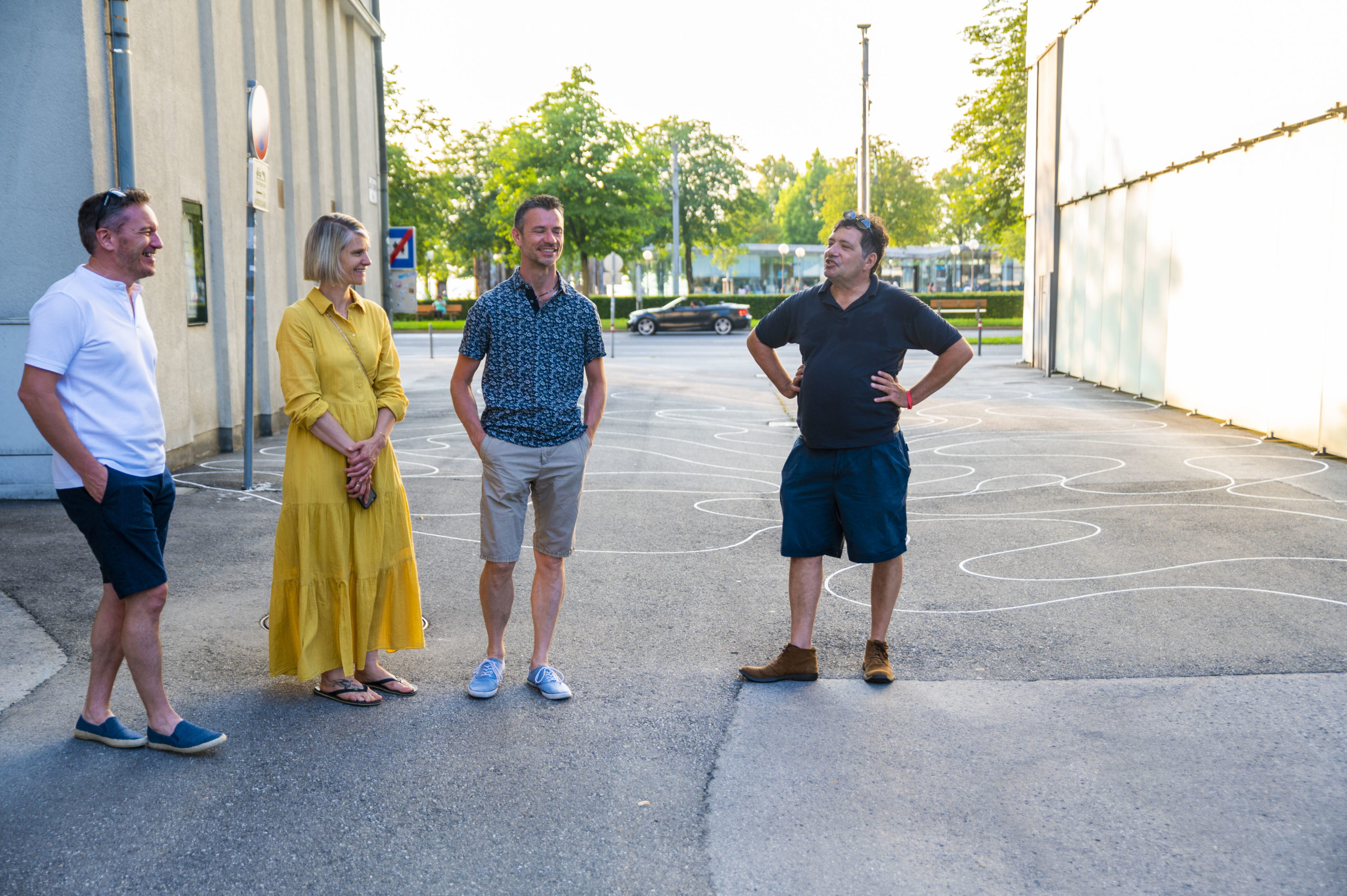 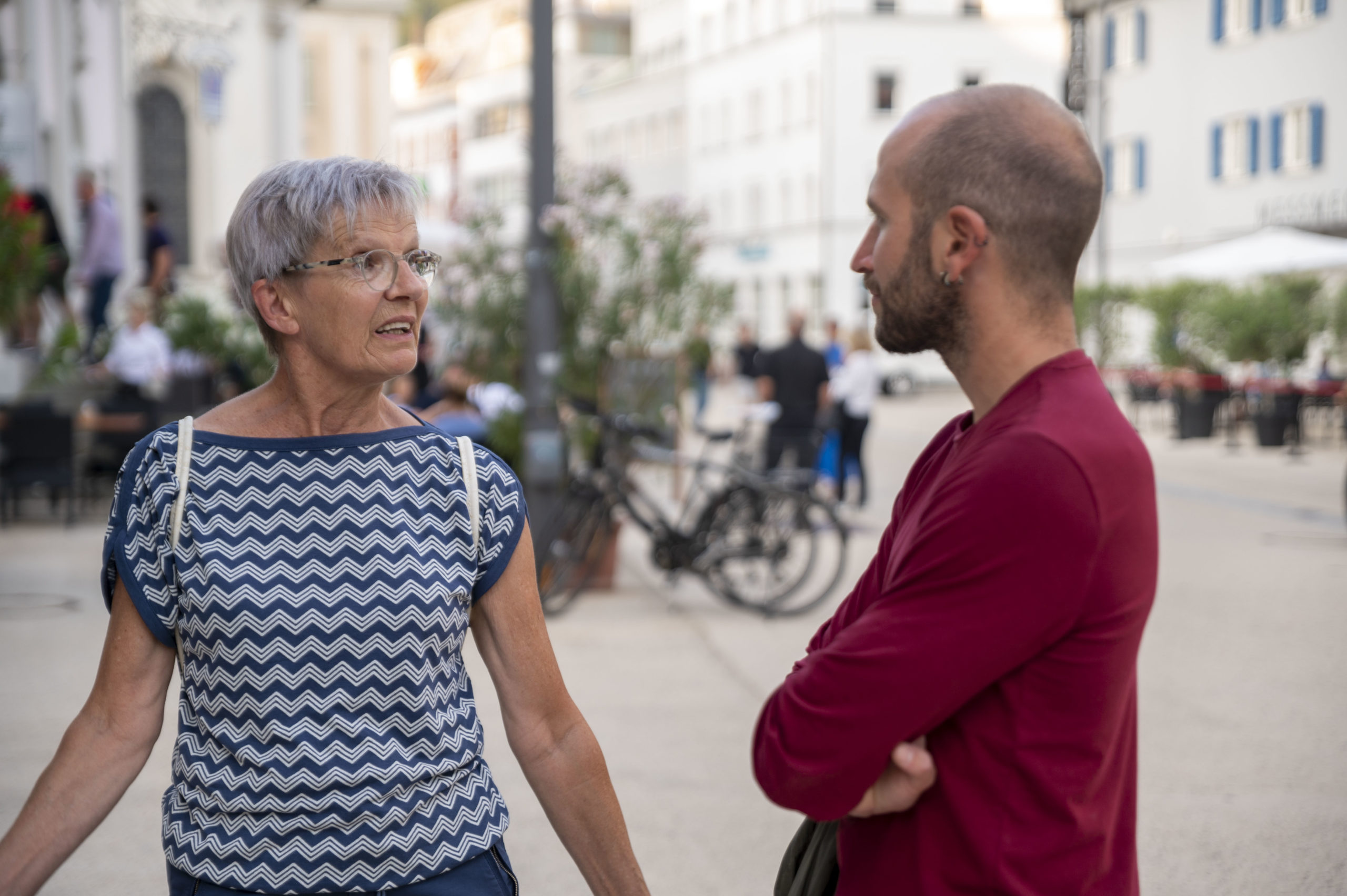 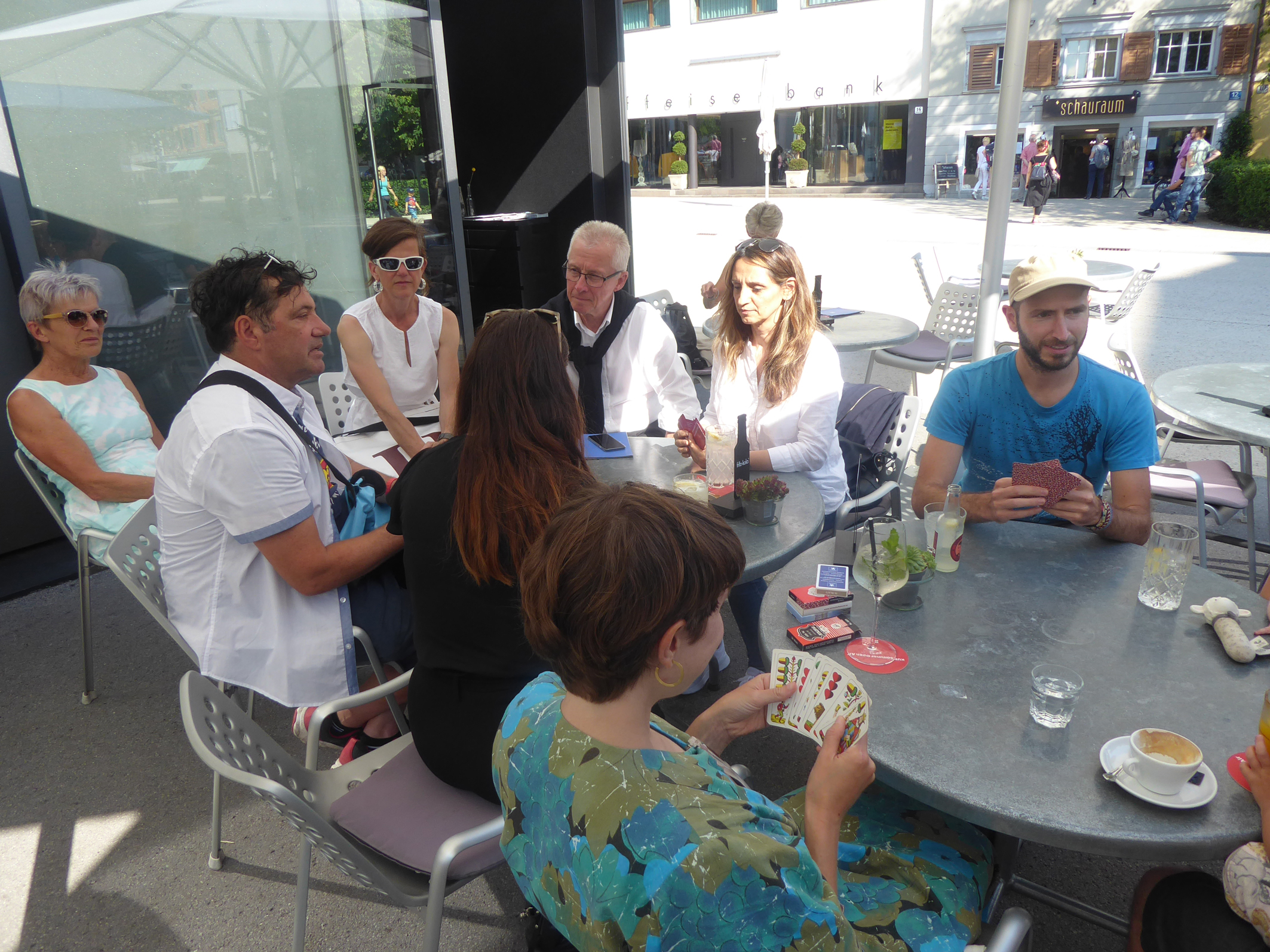 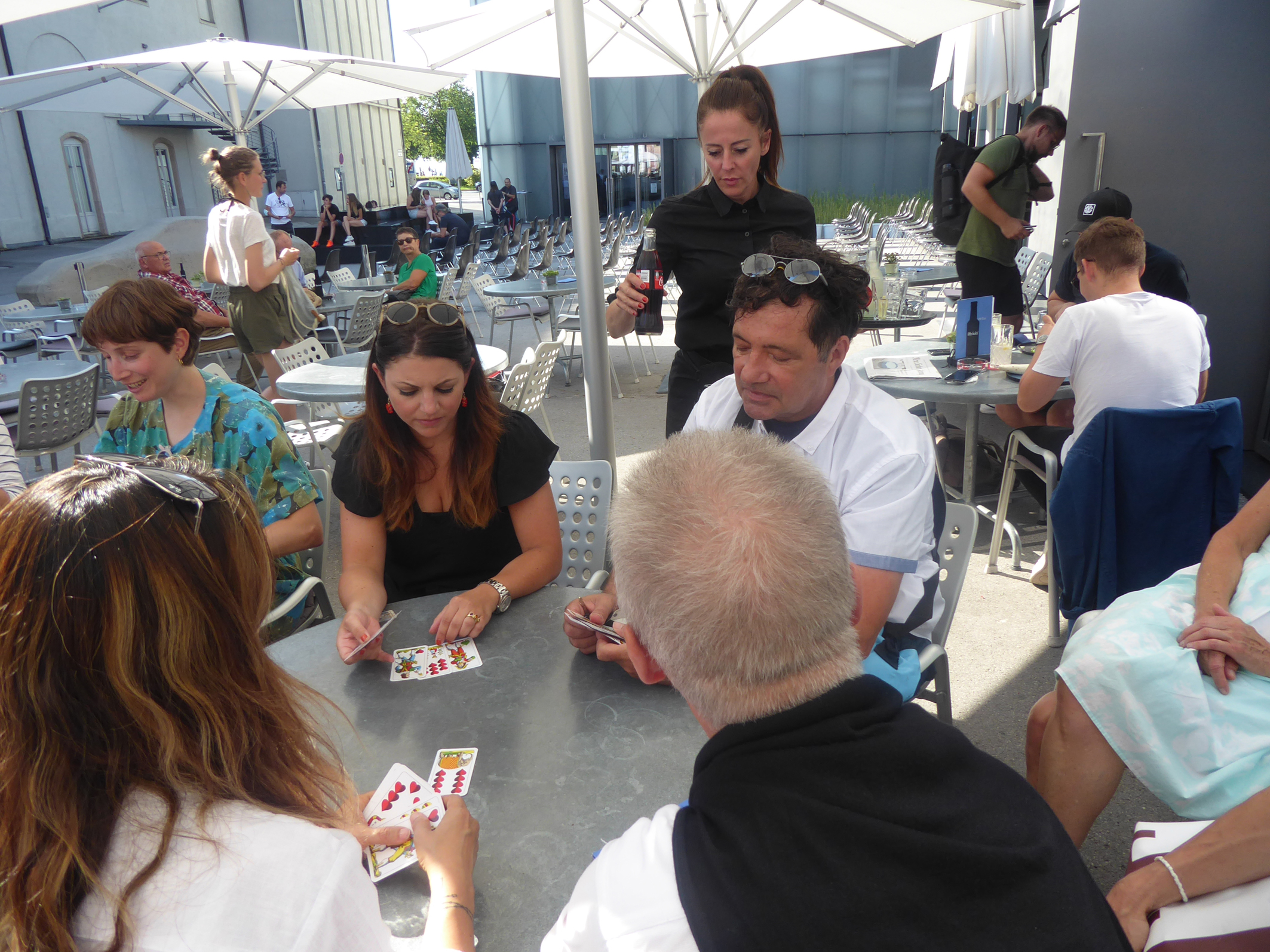 At your site, in my perfect place A dwelling voice II (light)