Professor Joseph Jacotot (France 1770 – 1840), who didn’t speak Dutch, assigned a very unusual method to his dutch students with the goal of making French an understandable language for them. This method consisted in reading a bilingual edition (in French and Dutch) of “Les Aventures de Télémaque” (François Fénelon, 1699) and subsequently writing a text in French about what they had read.

The project “Enseignement Universel” consists of a series of new textual compositions made by re-organizing the words of three original texts that were involved in Professor Jacotot’s experience. The criterions that I followed are the ones which are common in the process of learning and understanding a language (the alphabetical order, grammatical categories, types of phrases, synonims, among others). The original texts that have been recomposed during the elaboration of the project are: “Enseignement Universel. Langue étrangère”, by Joseph Jacotot; “Le Maître ignorant. Cinq leçons sur l’émancipation intellectuelle”, by Jacques Rancière; and “De Gevallen van Telemachus”, by Fénelon. 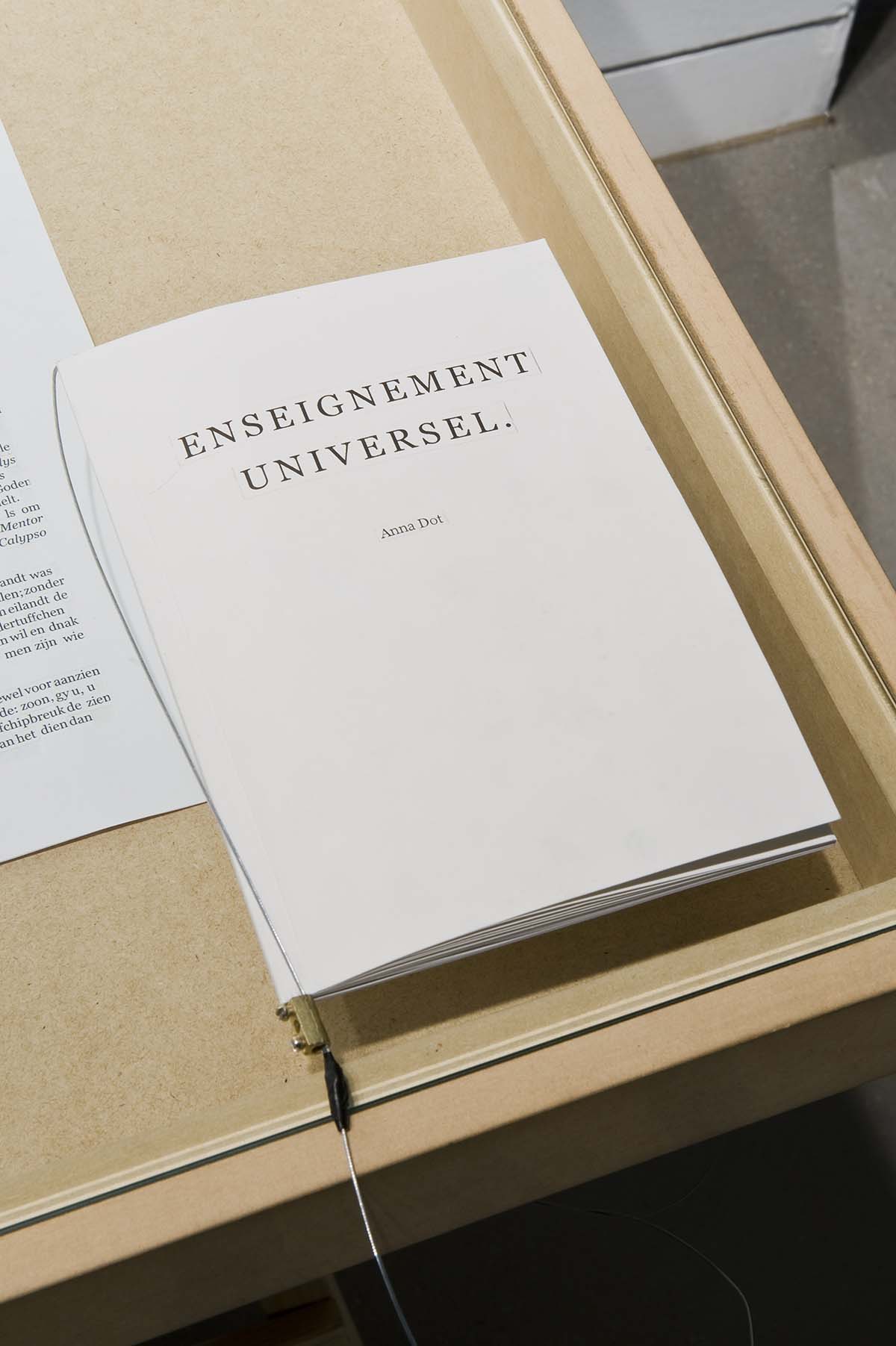 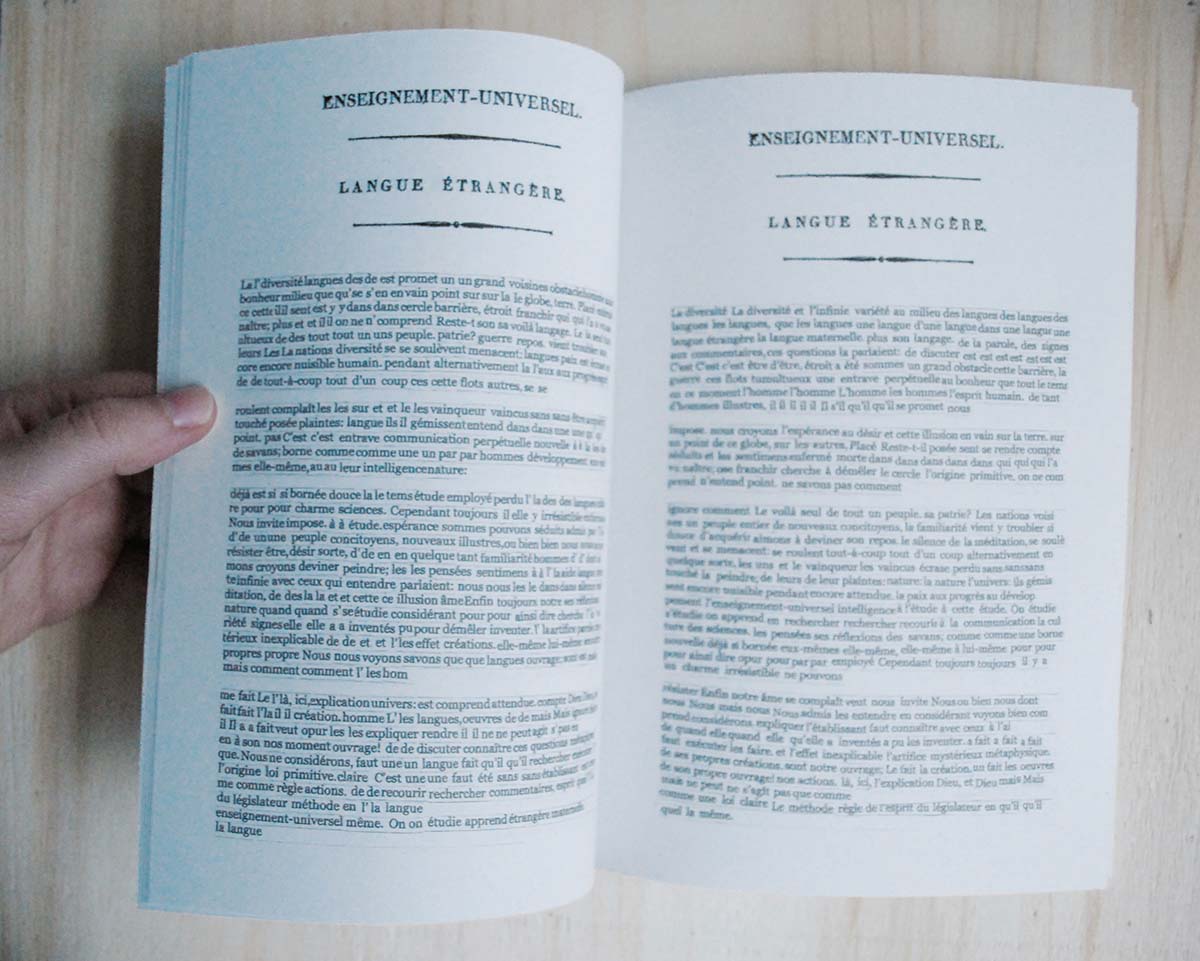 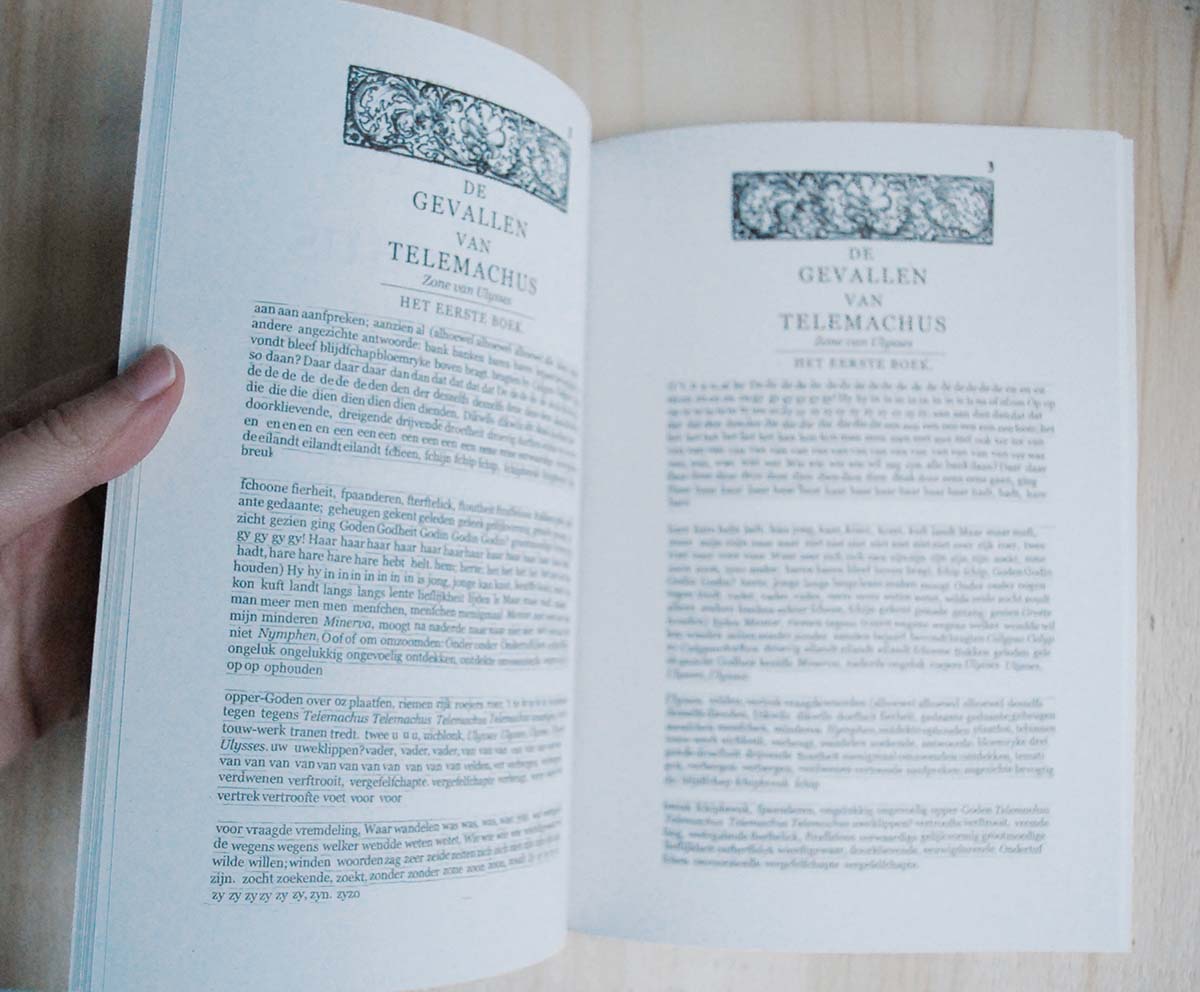 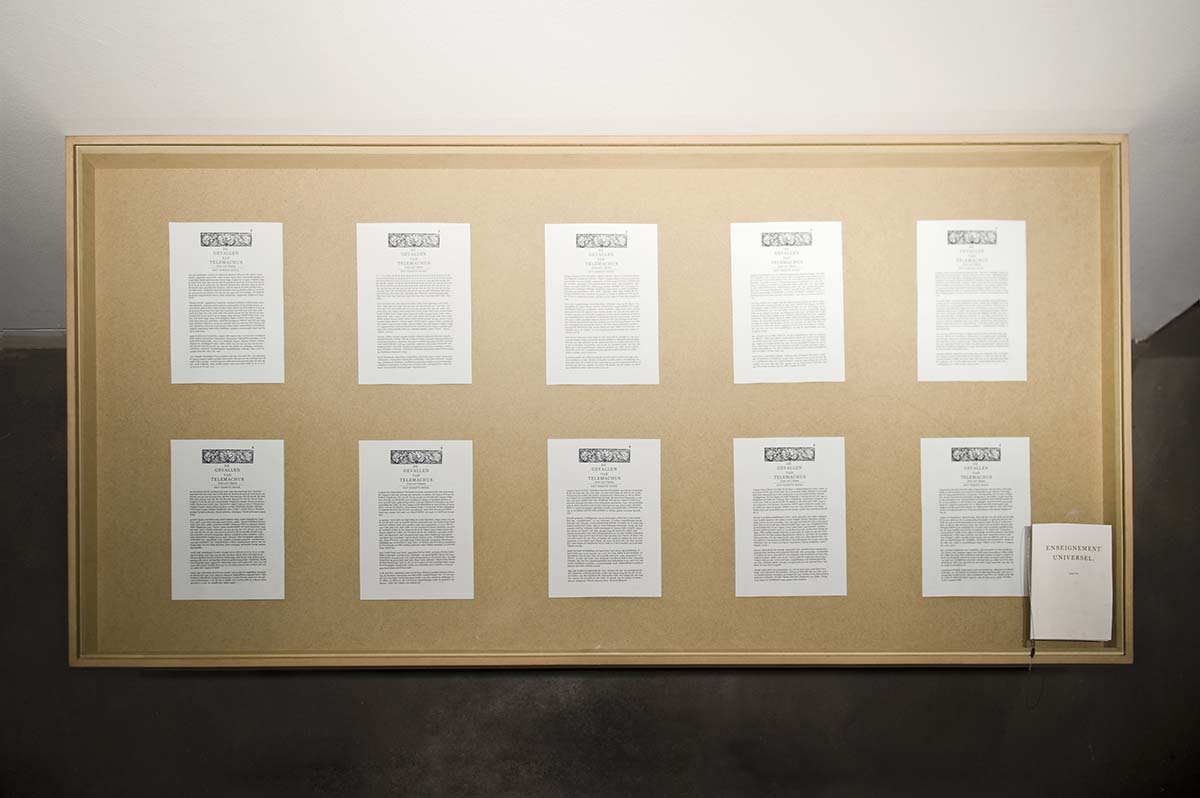 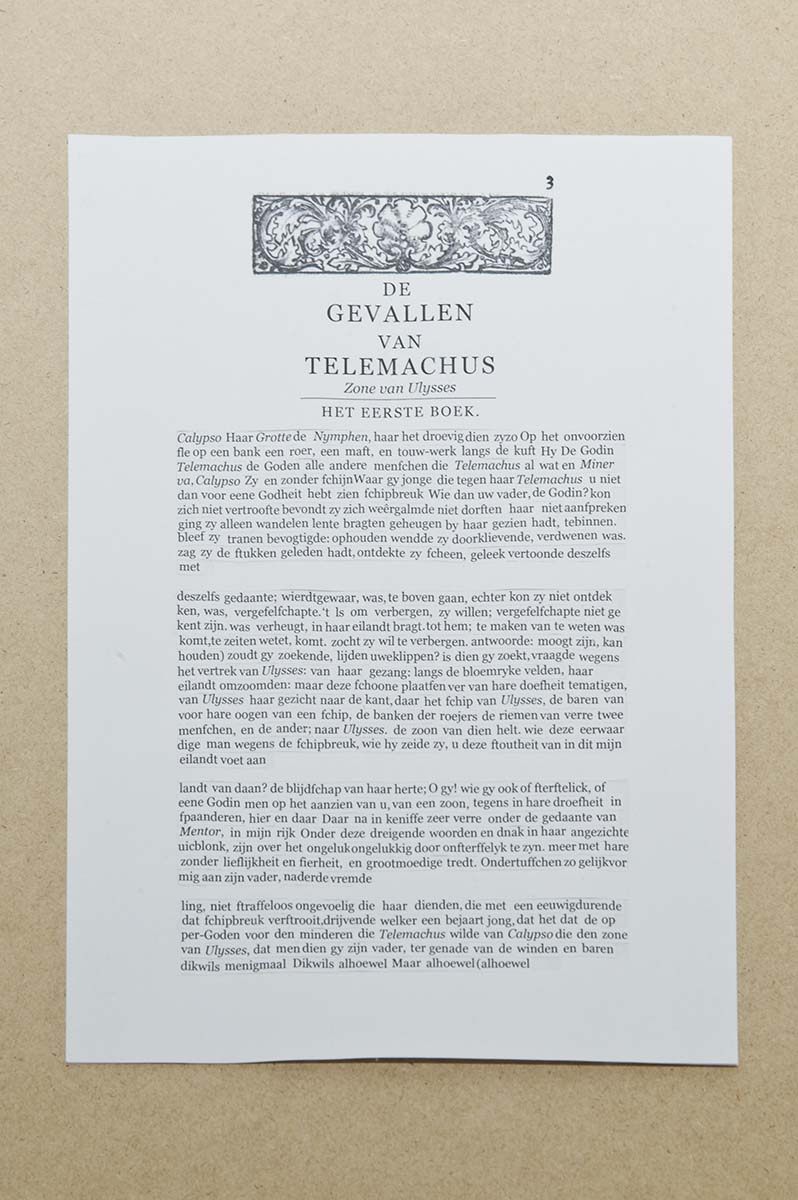