Opening of the Charsoo Honar‘s new space, in Tehran (Iran), within the group show But we don’t leave pyramids, curated by GAPS, and the Tehran Curatorial Symposium, “The curator as a translator”.

Do the renovation and repurposing of a space change the space’s meaning? If so, would it make any sense to consider that workers and other architectural technicians involved in a renovation are actually acting as translators?

On the 4th January 2019, the Charsoo Honar art and culture institute, in Tehran (Iran), opened a new space: one of the oldest houses in the city’s 6th disctrict; a 90 year-old house that, until then, had been used as dwelling. When Mr. Saeed, Charsoo’s director, wanted to locate the institute there, a team of workers began to transform the space to turn it into an art centre. They pulled up the floor, covered the stone walls with a layer of plasterboards and painted them in white. They also changed the single lightbulbs that used to hang from the ceiling for fluorescent tubes with neutral light. While all these was happening, the house’s owner, who had bought it in 1966, shared some details and memories about her personal relation with that house with Golnoosh Heshmati (curator and member of GAPS) and Mr. Saeed. Amongst many other things, she confessed that she had always wanted to live in that house, but many obstacles had prevented her to do so. She also said that it was Mr. Saeed’s destiny to now occupy that house and fill it with life. To express her feelings regarding this situation, the owner read the following verses, which are also this performance’s title:

I collected these memories; layers of information about old and recent memories of this house. I located all of them over a plan of the building which I then used as a script for a set of subtle performances. In them, a person wandered inside the house. Every time she came across somebody in some of the points marked in the script, she shared with that person the memory that was related to that specific place, as if it was a comment coming out from nowhere. 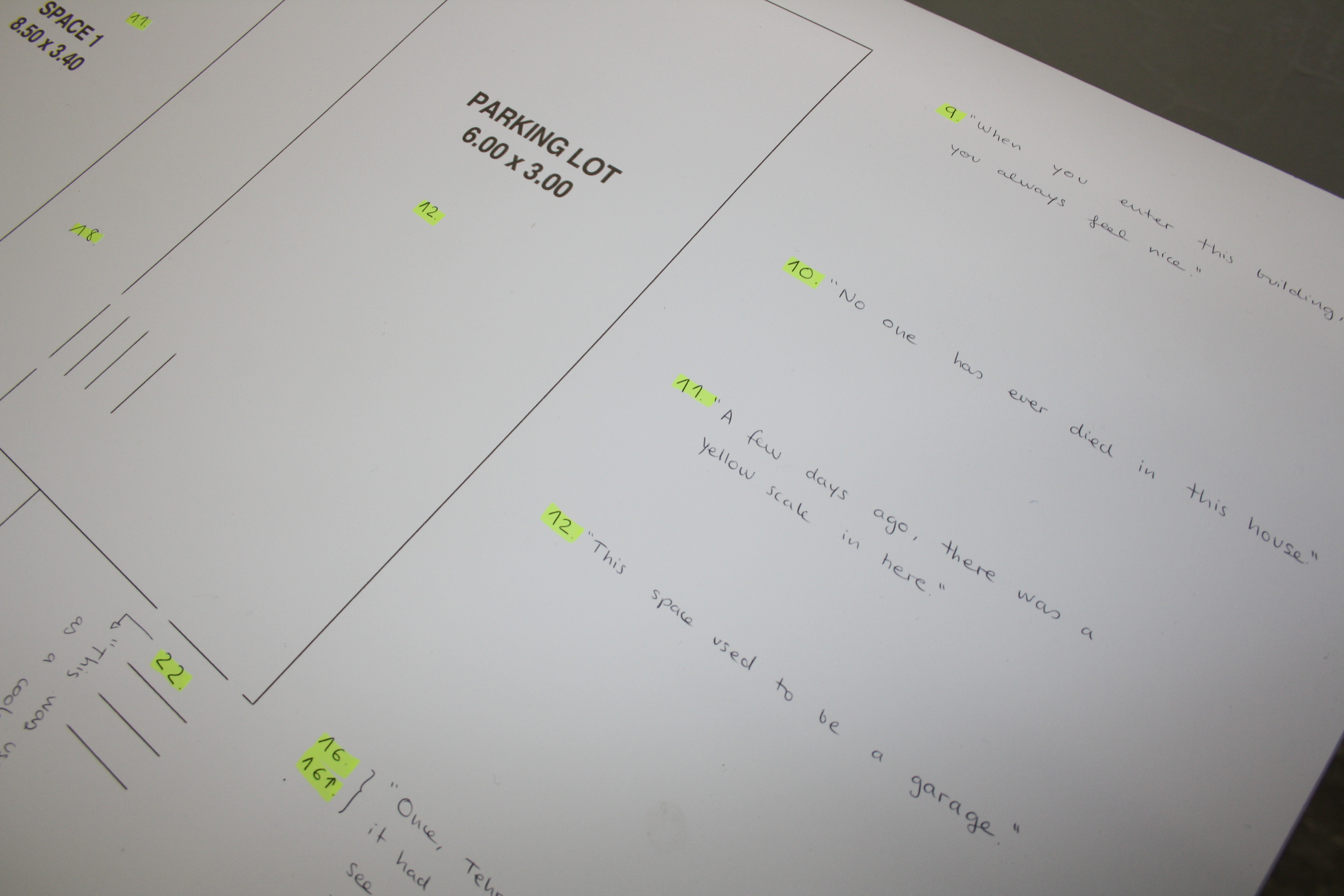 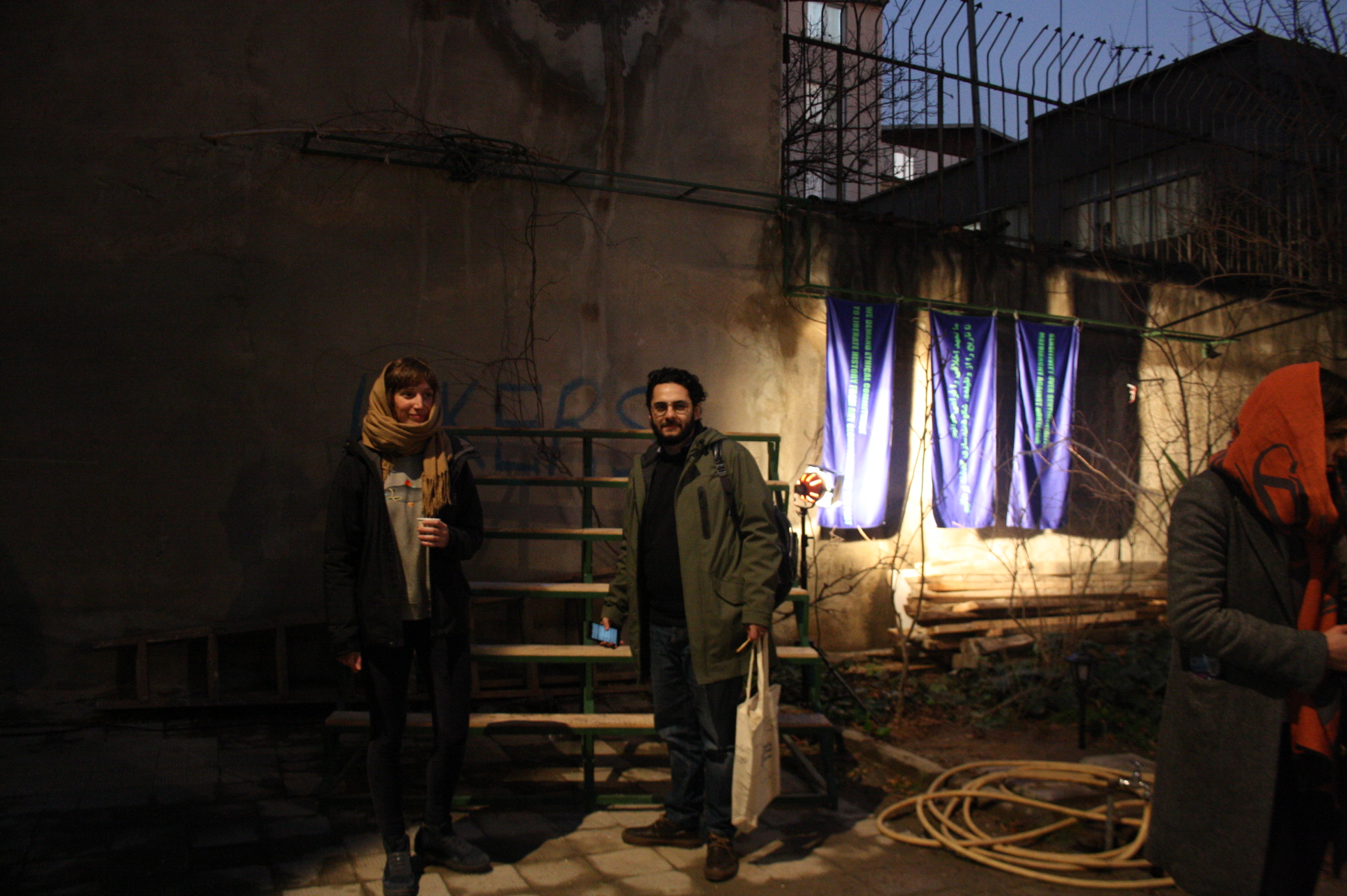 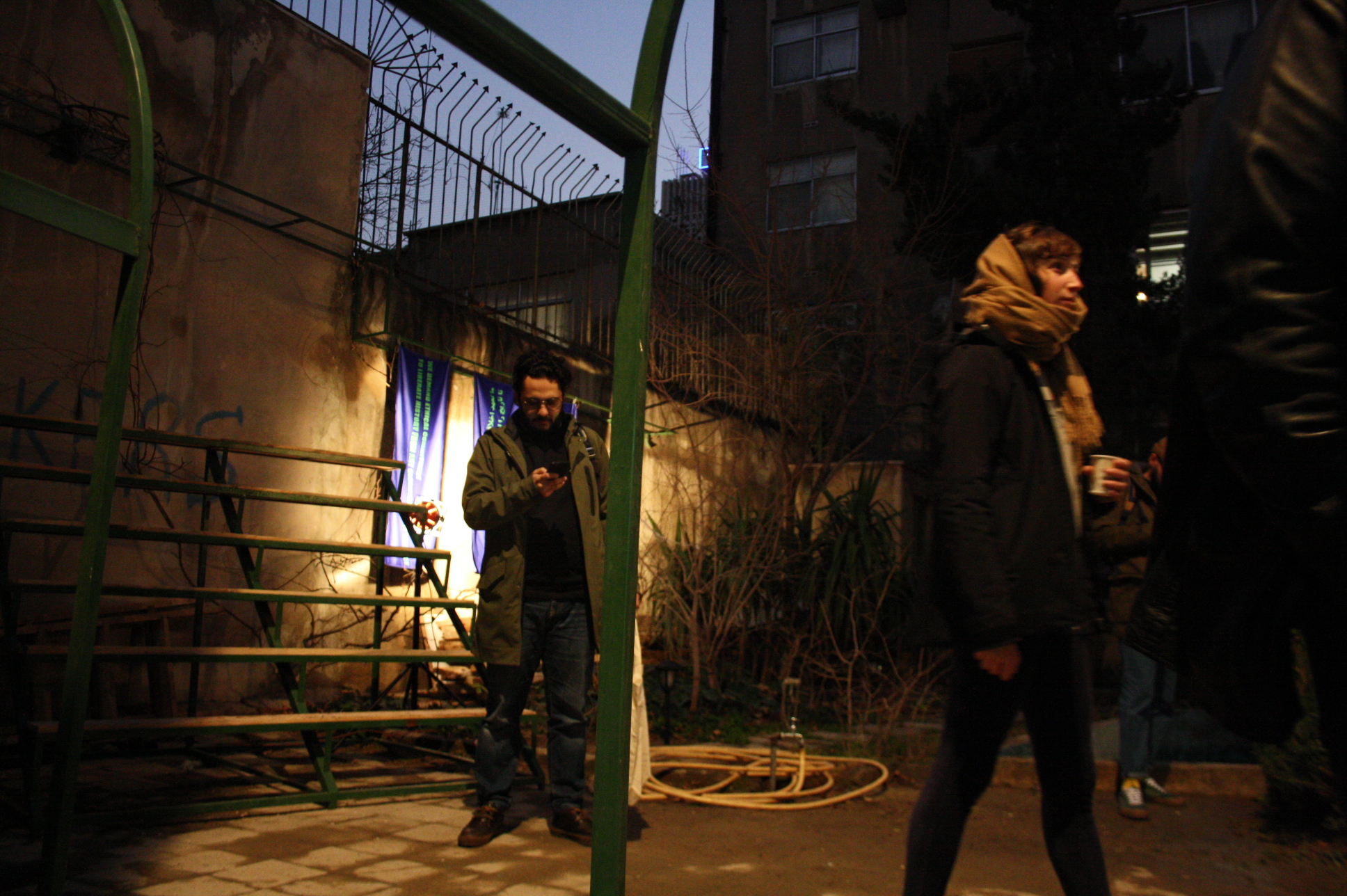 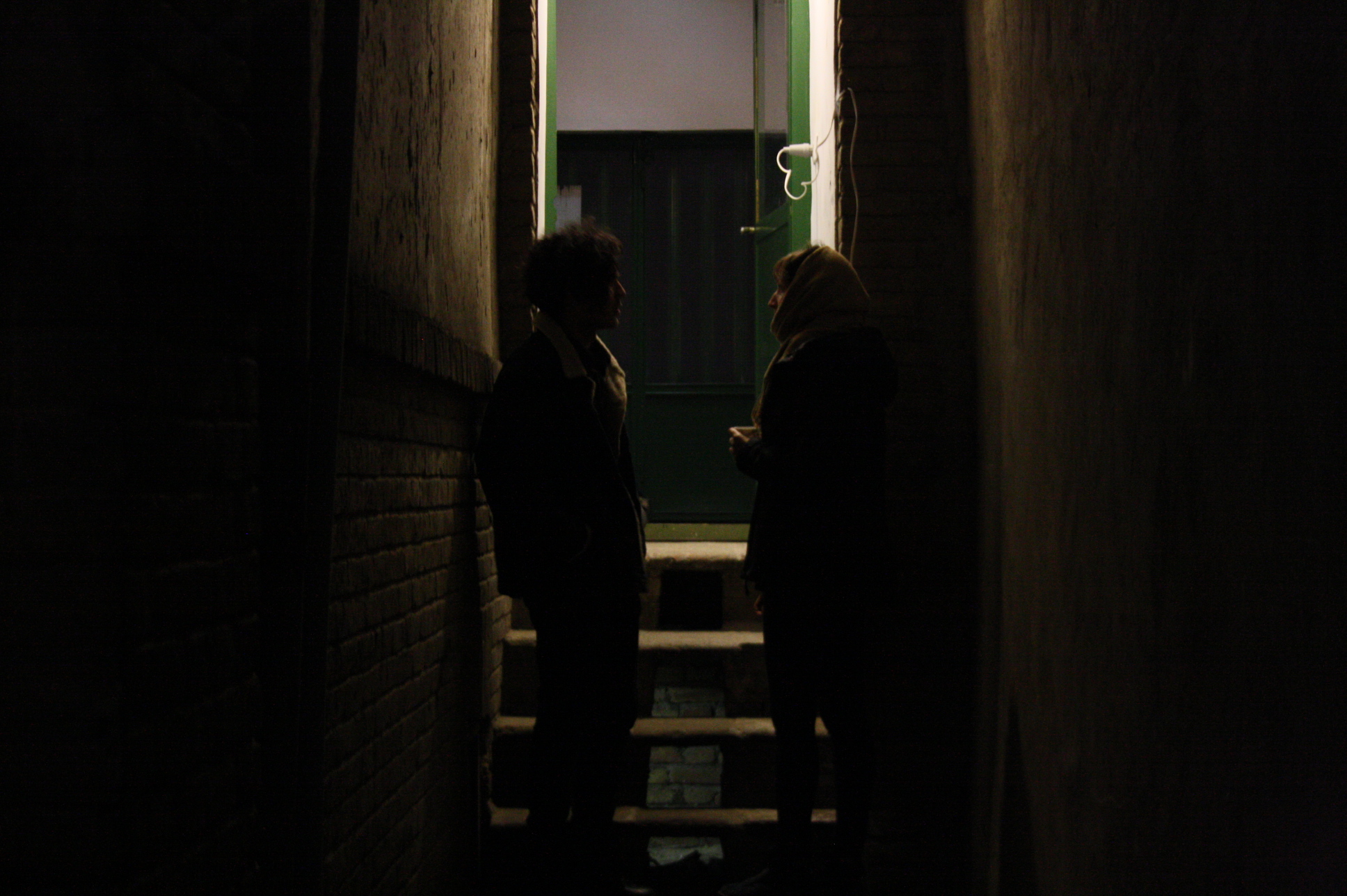 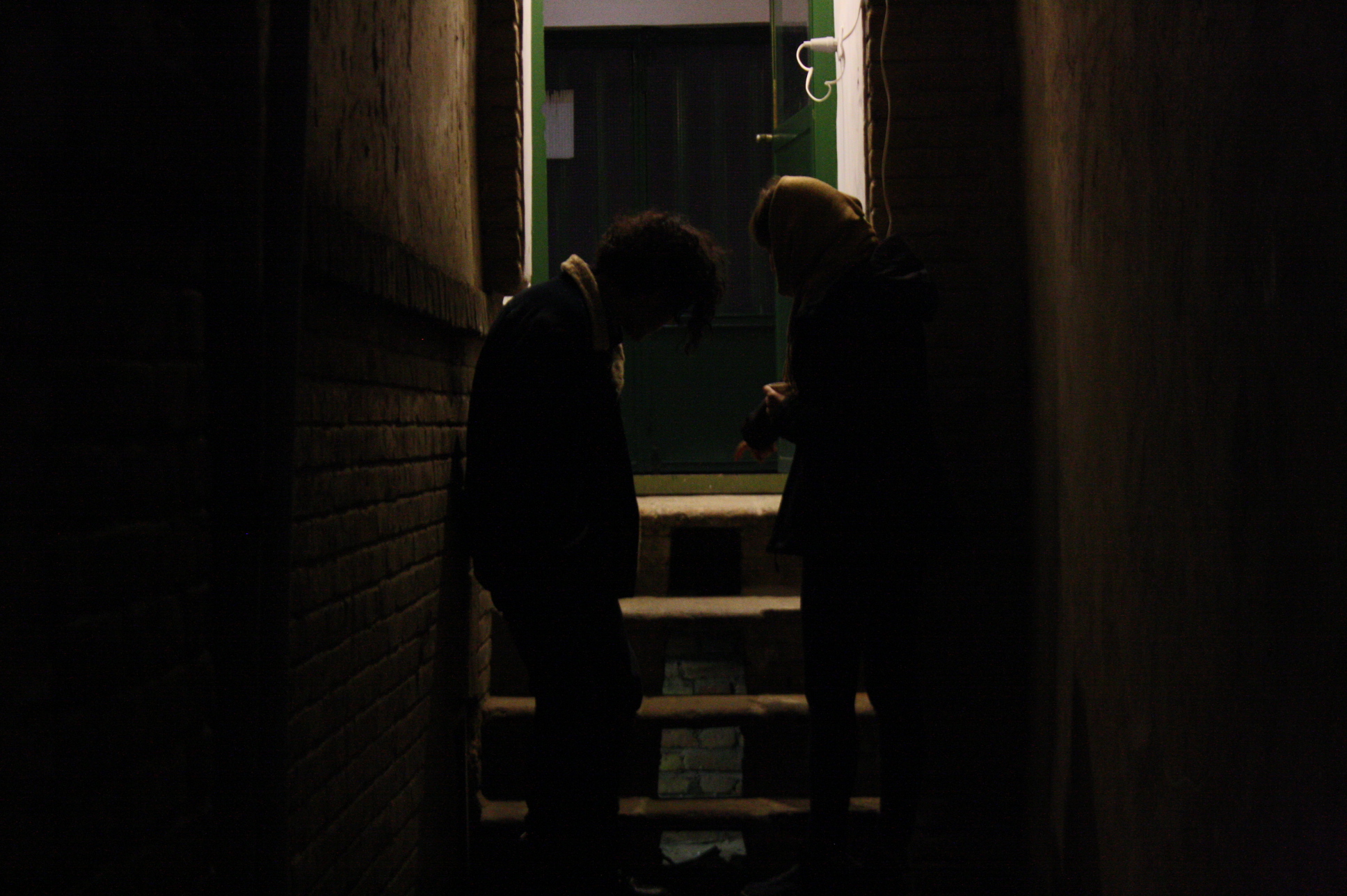 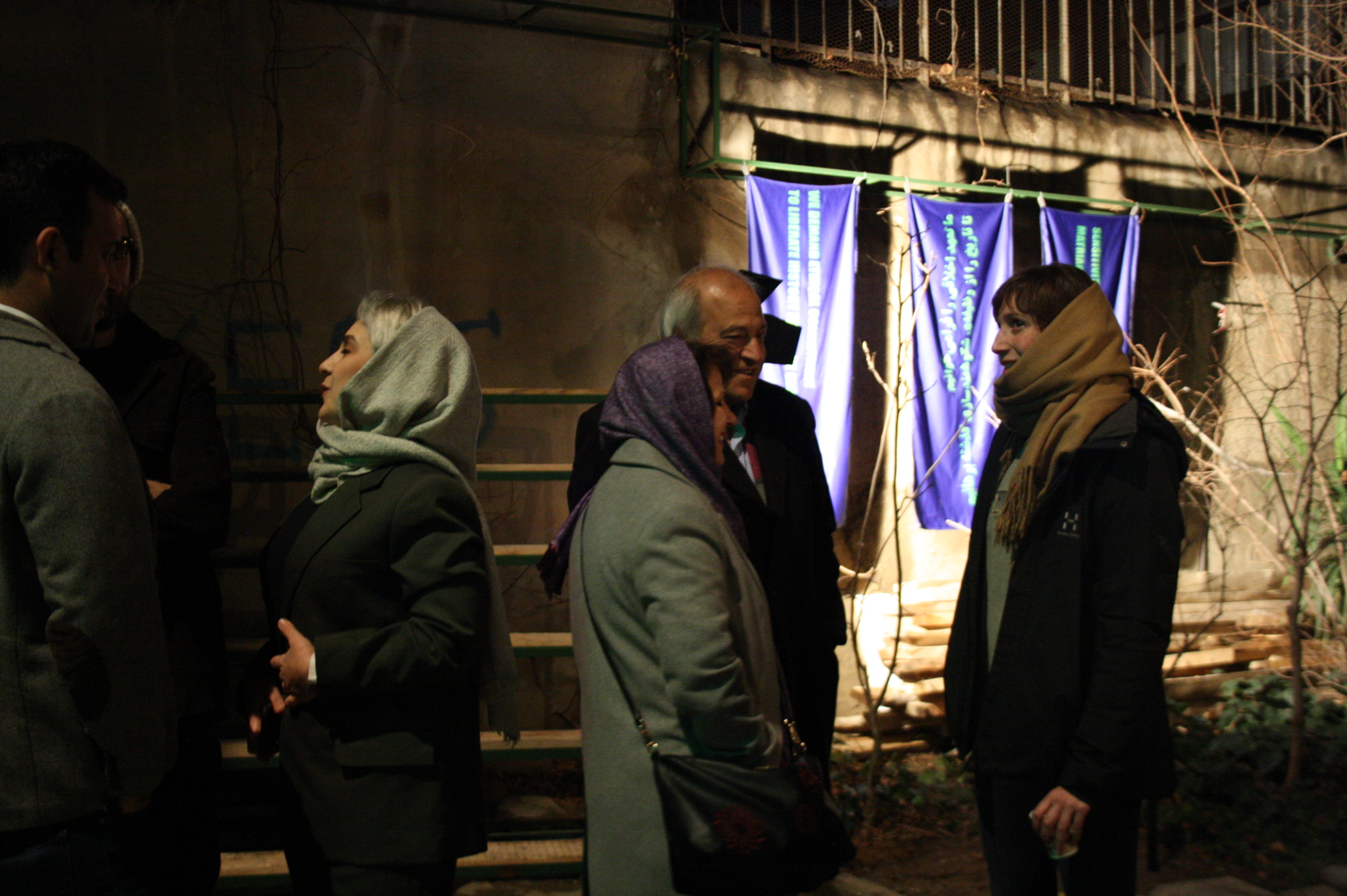 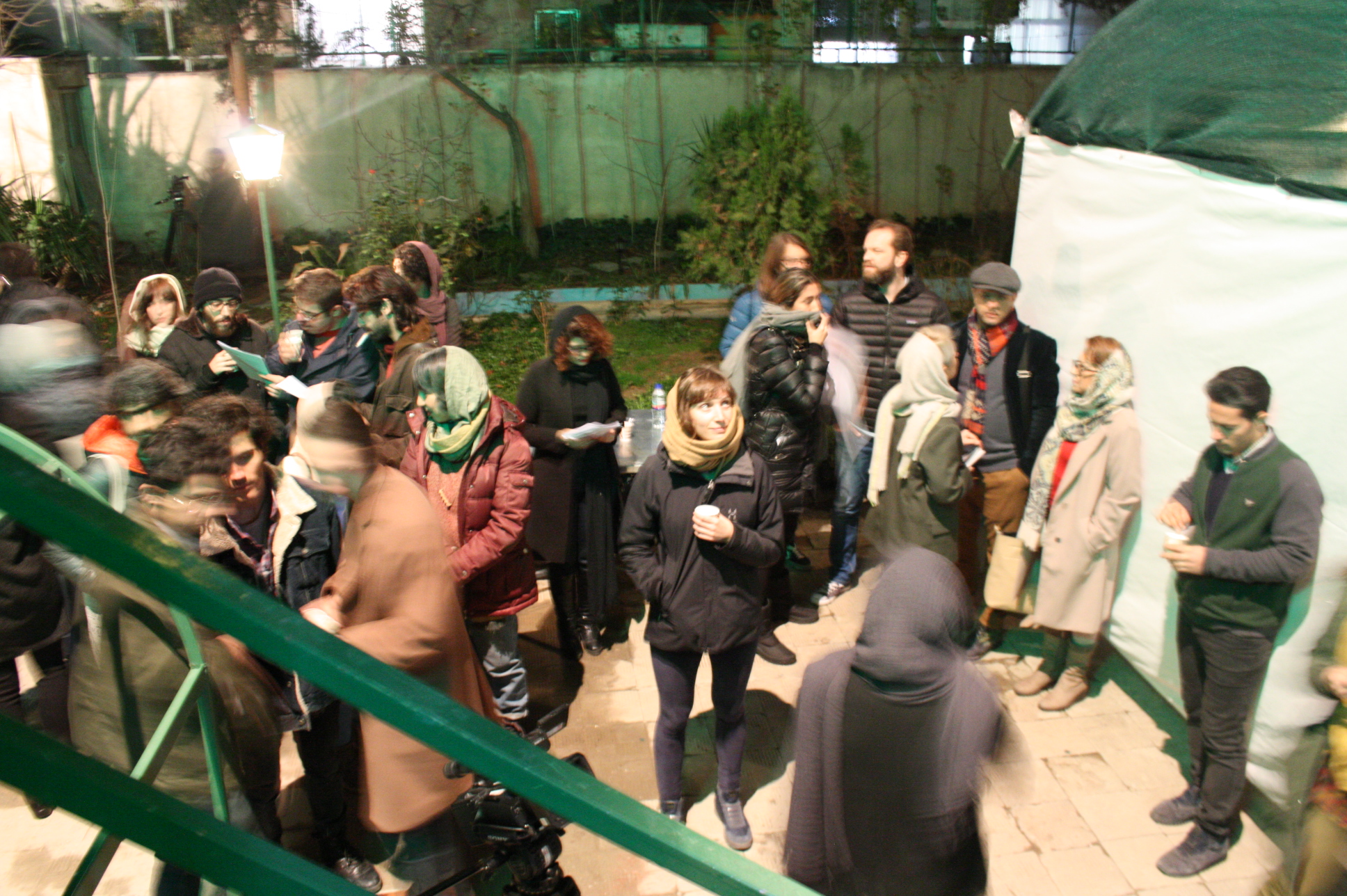 The Cornerstones A dwelling voice